4 Steps to Start Your Own Airsoft Team 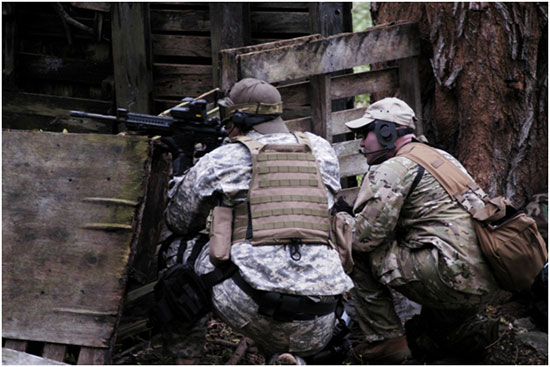 How to Start an Airsoft Team

In any given city, there will be people who are interested in playing Airsoft. Unfortunately, the sport isn’t super popular, so many of these people find that there is no team in their area that they can join. In these cases, a person might want to think about starting his or her own Airsoft team. Airsoft is a safe, fun sport, but it’s still not that popular in many areas. This article will run you through some of the steps you can take to form your own team. Here is a list of several airsoft teams across the US.

Your first step is simply to make sure that people know that you’re forming an Airsoft team. Put the call out among your friends, on your social media, and through any local airsoft or game clubs that you know. Tell everyone to pass it along, so you can cast your net as widely as possible.

Your next step will be to audition your potential team members. You’ll need at least two people, but you can have up to six on a team. Make sure they’re willing to abide by your rules – coordination and teamwork will be important, so you need people who can follow your lead.

Next, pick a team name that everyone is okay with, and then get in touch with your team members to collect information. Make info sheets for each member containing their name, what kind of experience in Airsoft they have, and what Airsoft weapons they have access to. These things will help you know who to place in charge of others, and which members to group together.

Finally, if you want to, write down a concise version of your teams mission statement. It could be something like “To use the sport of Airsoft to develop camaraderie and discipline.” 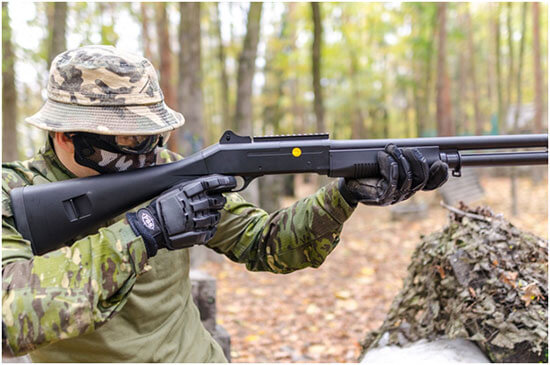 Before you get to this step, you need to make sure you excel at the sport yourself. You should be proficient with all of your weapons in terms of marksmanship, tactical knowledge, and a decent level of physical fitness. Think about setting basic tests for each of these skills so that you can make sure your team members are above a certain level.

Do some research? Learn about formations, hand signals, and applicable military tactics.

Make decisions about what type of squad you want to form and what roles you need to be filled. Examples of some roles would be: rifleman, heavy weapons, support gunner, sniper, spotter, marksman, and grenadier.

Squads should generally have a sniper, a support, and assault, and a squad leader. Depending on how many embers the team has, the team leader won’t necessarily also be a squad leader. If one of your squads has four members or more, you can form smaller fire teams out of that squad, with the goal of making it easier for those small teams to coordinate and quickly implement tactics. This allows unit leaders to simply tell Team A to do one thing while Team B does something else. This saves time, as you won’t have to assign people by name to do specific tactics.

You might also consider establishing a ranking system so that there is a known, understood chain-of-command. This will also help ensure that there is no ambiguity about orders and tactics. You can copy the ranks that the US Army uses, or you can invent your own system.

Finally, make sure everyone’s equipment is up to snuff. Everyone on your team should have a tactical vest like Lancer Tactical Cross Draw Vest, a decent AEG with metal or polymer mid/high caps, and whatever optional upgrades they’d like. It would also be a good idea to acquire radios that you can use to communicate with your team, both in dark areas and in broad daylight. Coordination is key in any situation.

Step 3: Develop Your Own Codes

You should develop code names for anything you might need to communicate with your team about, but would prefer to keep enemy teams in the dark about. It might get a little confusing at first as everyone works on memorizing the code, but it’ll pay off strategically. You can always just use the NATO phonetic alphabet if you don’t want to come up with new code names: Alpha, Bravo, Charlie, Delta, Echo, etc…

Invent your own system of hand signals that is unique to your team. If your radios aren’t working, or if you need to keep quiet to avoid alerting the other team, hand signals could become your only method of communication. Find ways of communicating directions, alerting your teammates to enemy positions, and so on.

Your first step should be to find a way to incentivize your team members’ effort. I suggest a ranking system. Have each of your members start off as a private (or equivalent rank) and let them work toward a promotion. Allow your higher-ranking members more responsibilities, and give them the power to give orders to lower ranks.

Build a base, or choose a pre-built structure that you can use as a base. You may want to make sum modifications, such as adding windows or gun slits. Preferably, this base will be pretty close to your home. This way it’ll be easier to get to, and you’ll be able to keep an eye on it.

Find a field that you can use for play. If there isn’t already an airsoft field in your area, you can make one. There is plenty of information about how to do so online. Do some research about the weapons that your opponents use, and about what weapons might be best for your own team?

Practice when you can. Aim for once a week, or more often if it’s possible for your team. Practice tactics and strategies, code words, and code names. Regular, scheduled weekly trainings will keep your team’s skills up, and keep them pumped for game days.

Finally, go on missions, and have fun!