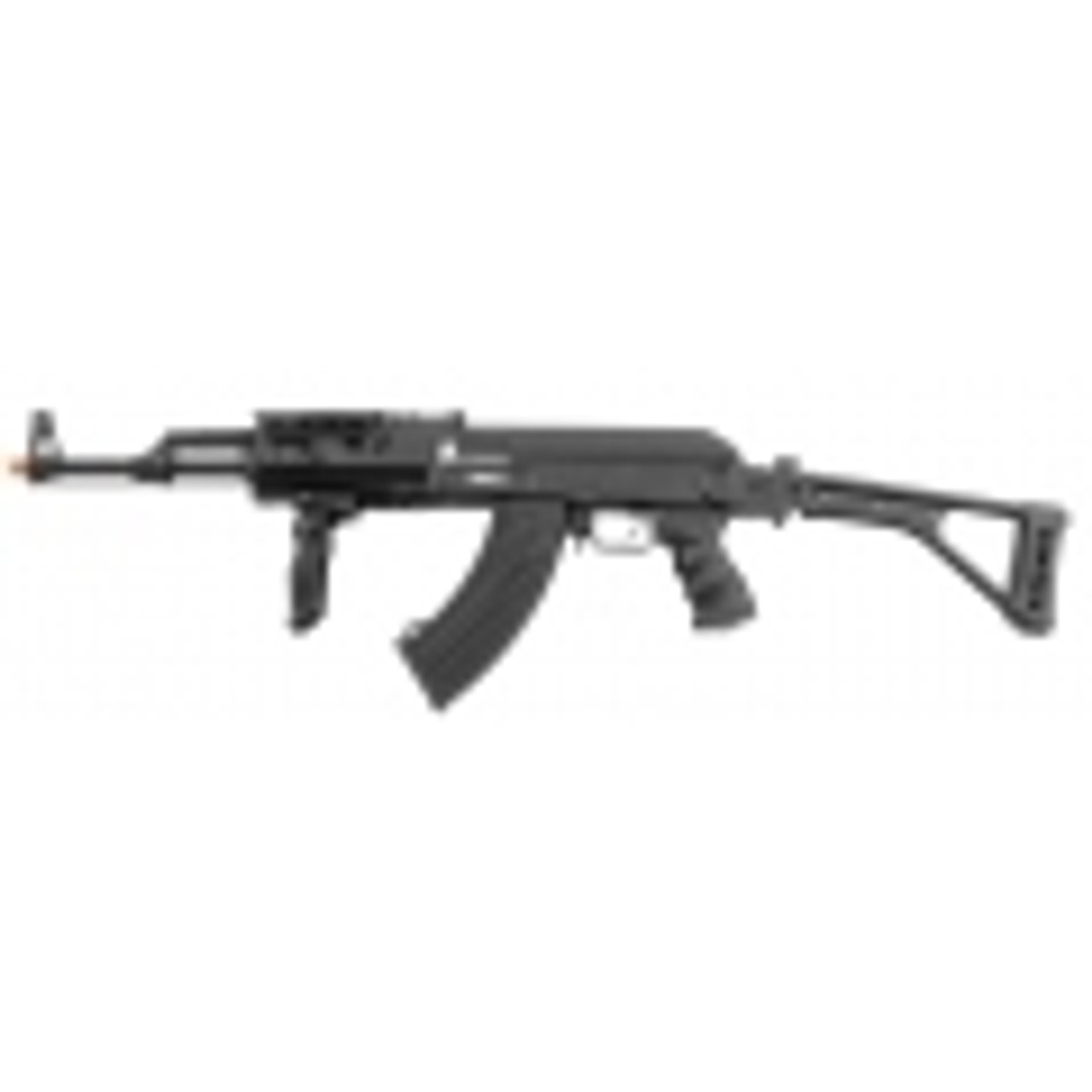 The Automatic Kalashnikov 1947, or AK-47, was invented by Mikhail Kalashnikov of the Soviet Union in 1947, hence the name. The AK-47 is the most mass produced assault rifle in history with over 75 million produced to-date, and is still used today by military forces worldwide. The original rifle was designed with two different types of stocks: one version with a fixed wood stock and the other with a foldable metal stock. Now, there have been over 20 variants of the esteemed AK-47 produced to fit the personal preferences and needs of various military groups. We offer a massive selection of AK variants to fit the needs of each individual player. Variants like the AK74 are more compact in design, making them more easily maneuverable in tight situations while rifles like the RPK have a longer barrel for increased long range accuracy. Many of our AK style AEGs are full scale replicas of their real steel counterpart, and features many of the same construction methods. We carry a large amount of AK variants from a wide range of manufacturers including Lancer Tactical, LCT, ICS, WE-Tech, and Krytac just to name a few. The authenticity of our AK airsoft guns replica make them increasinging popular for war reenactments and movies. AK style rifles typically take a stick style battery although some use standard or small sized nunchuck batteries, so it's best to check each product listing for the battery recommendation.see for yourself what the hype is all about and why the AK-47 is one of the most sought after rifles worldwide with one of our high quality AK style replicas here at Airsoft Station.