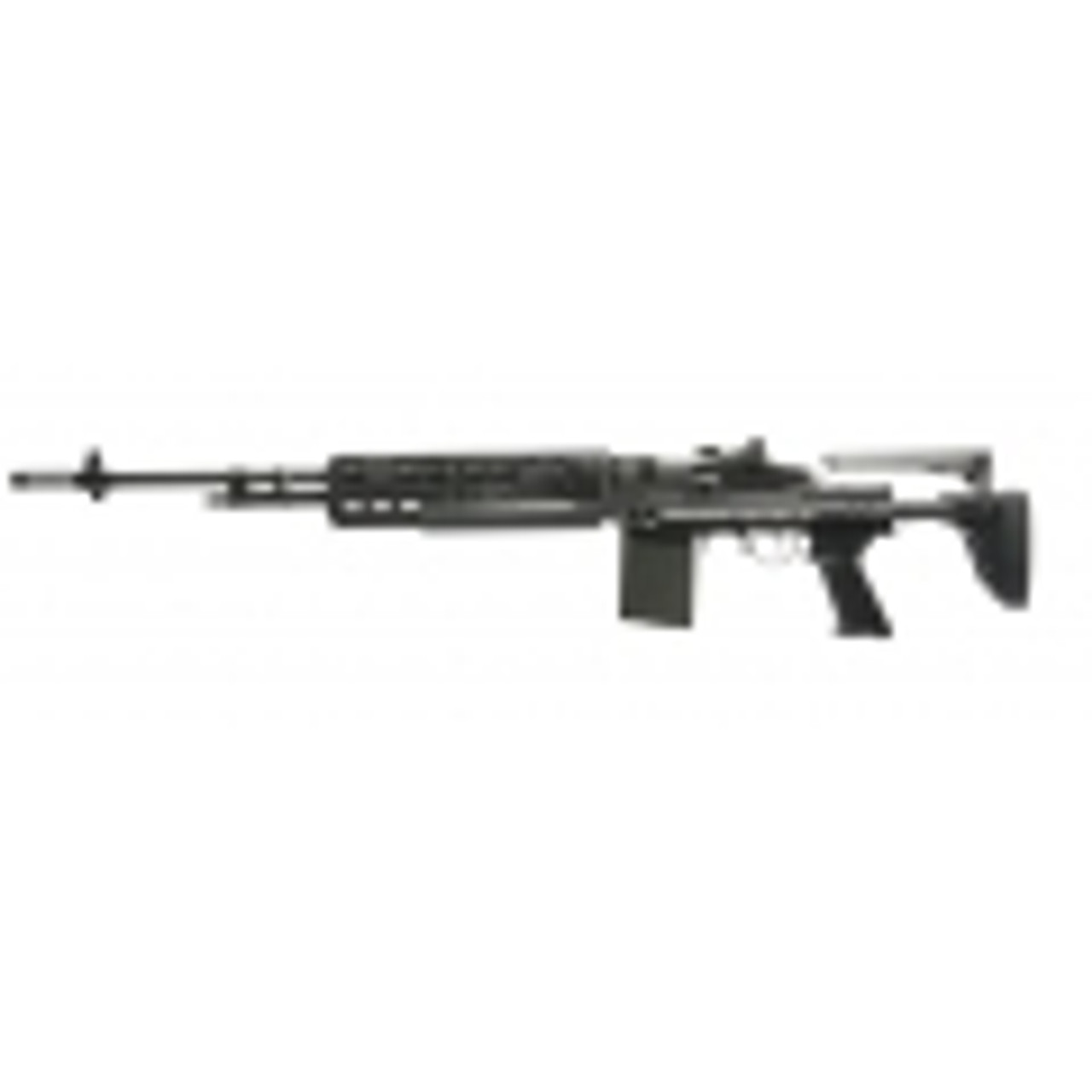 The M14 is a select fire, fully or semi automatic combat rifle. It was developed in the 1940s to standardize the weaponry of U.S. troops. However, due to its weight it was unwieldy in the thick of battle and before long it was replaced by the M16 as the main battle rifle of the U.S. army. Although these type of airsoft guns has been phased out as the standard-issue rifle it is still a powerful and accurate weapon and has started to regain some popularity. M14 variants are used by special forces units as long range sniper rifles and designated marksman rifles. Airsoft rifles modeled after this historic gun are designed to replicate its features. Whether you pick up a fully automatic electric rifle or a spring powered gun, you'll be looking at a powerful and accurate weapon. All our M14 style rifles achieve a velocity of at least 300 FPS with .20g BBs. The long barrel also makes them more accurate than most shorter rifles. If you're looking to gain an advantage over the competition at longer ranges you can't go wrong with one of these bad boys.