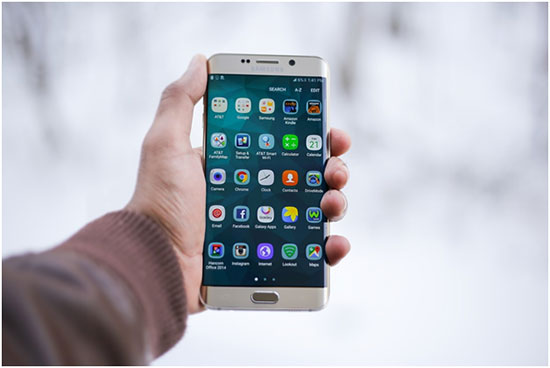 It should come as no surprise that airsoft and app culture have finally clashed. As a result a wide range of airsoft apps have risen to prominence. Let’s take a look at the top 4 apps for airsoft.

Looking for an app that utilizes GPS to track your squad members and objectives? Than Battletacis the app for you. This app allows you to coordinate with other users, allowing you to gain an edge over the competition as you coordinate attacks, call out enemy positions, and take advantage of the chaos around you.

Battletac even allows you to draw out your own map taking your team coordination to a whole new level. As long as your team sticks to the plan, Battletac will allow you to know where friendlies are at all times.

If you end up getting hit, you can indicate your current status to the app – that way your team will know if you’re still with them or eliminated from the game.

If you’re looking for the ultimate battlefield experience than Battlemap is the app for you. This app provides immense value to any airsofterdue to its numerous features such as live voice-chat, player stats, in-game perks, and controllable game modes – what more could you want? Battlemap also features GPS mapping, a great feature to have when you need to gain your bearings on the battlefield.

The original name of the app used to be “Overwatch,” but the popularity of the game with the same name forced the creators to search for another name. Battlemap is available on Android and Apple devices.

Hop Up is an app that was created to bring the airsoft community together through buying, selling, and interaction with community members. Hop Up is very much akin to Craigslist, but for airsoft. It allows members to list old airsoft gear and sell at whatever price others are willing to pay. Furthermore, members are also allowed to trade items with one another.

If you’re looking for an upgraded experience, HopUp Premium allows users to have unlimited posts, remove annoying ads, get notifications for specific keywords, and skip ahead of new non-relevant posts. As a bonus new members are given free access to the Premium features of HopUp for 1 month.

If you’re the type who counts calories while battling it out on the airsoft field than Suunto may be the app for you. Suunto specializes in counting steps, monitoring the number of calories you burn and keeping track of how long your airsoft battles actually last.

Suunto (AKA SuuntoMovescount) was actually designed for the sports community, allowing users to create a sports diary which enables them to create a unique and customized experienced. However, it works just as well when repurposed for airsoft.

Generally speaking, you won’t see a lot of guys stopping to check their phones while in the midst of an airsoft battle. However, with so many useful apps to choose from that trend will likely change. With the ability to track location via GPS, coordinate attacks with team speak, and other handy functions don’t be surprised if apps begin to play a much bigger role in the airsoft community.