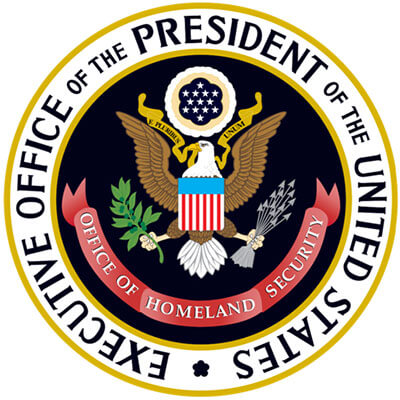 The attack on the World Trade Center on September 11, 2001, shook the United States to its core. Many sweeping changes were made to American society to make it safer, from increased surveillance, to a strengthened and expanded NSA, to tighter screening processes in airports. Still, many Americans (or at least American lawmakers and government officials) felt that our assortment of law enforcement and defense agencies still left too many gaps in the fence, and worried that more terrorists and criminals would slip through the cracks.

In order to close thosegaps in the wake of 9/11, the US government created the Department of Homeland Security (DHS). The DHS is an umbrella department that brings together agencies from several other departments, with the broad goals of keeping the US borders secure and protecting the country from both internal and external threats. The DHS now envelops the Secret Service and the Border Patrol, as well as the Coast Guard, which used to be a part of the Department of Transportation. The U.S Customs and Immigration and Naturalizations Services were dismantled. In their place, ICE (Immigration and Customs Enforcement) and CBP (Customs and Border Protection) were formed. A bit later, the FAMS (Federal Air Marshal Service) and the FPS (Federal Protection Service) joined the others under the DHS umbrella.

These various groups are now part of the same collective, and share an overarching mission, but each agency has its own habits, policies, and legacy. These differences include each agency’s historical choice of weapon. The DHS, however, was created to make all of these groups easier to manage, and the DHS decided that would be easier if there were a more limited selection of firearms to choose from. As a result, many agencies had to give up some of their old favorites and choose from a short list of approved weapons. One of the top choices has been the Sig Sauer P229, used extensively by at least three of these agencies. 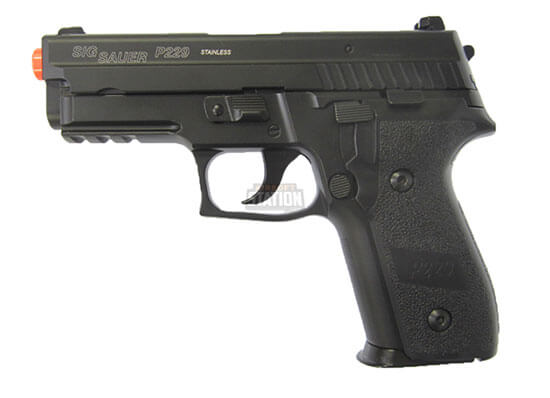 We’re all familiar with the Secret Sercive – they’re the ones tasked with providing direct protection to the president, as well as his or her family. They also protect all of the former presidents, and it’s a much larger agency than you might imagine. You’re only likely to spot a few Secret Service agents actually hanging around the president at any given time, but there are many more working behind the scenes and elsewhere.

As one of the most high-profile (and yet, still mostly secret) protection agencies in the world, the Secret Service has always used top-of-the-line firearms. Luckily for them, they didn’t have to change when they merged with the DHS, as the Sig Sauer P229 was already standard issue for them. Prior to the P229, the Secret Service had used the Sig P228, which fired a 9mm round rather than the .357 SIG that is fired by one of the P229 models. When researching their options, the Secret Service found that the .357 had the better all-around performance.

The Sig P229 in .357 SIG was the first pistol that Sig Sauer produced in Exeter, New Hampshire. The Secret Service uses the .357 version, but the gun is also available in 9mm and .40 S&W. It is compact and easy to conceal, which is certainly part of the reason it’s the Secret Service’s weapon of choice. But just because it’s small doesn’t mean it isn’t also strong. The .357 SIG round travels at 1,450 feet per second. The gun is also fitted with a double-action/single-action trigger, which allows agents to choose whichever shot will give them the most accuracy in different situations. Aside from the Secret Service, this gun is also very popular with law enforcement officers all around the US.

While this information hasn’t been confirmed, rumors state that the FAMS have been using the Sig P229 as well. This is sensible; this handgun is compact and easily concealable, but still powerful and versatile enough to get the job done. If an Air Marshal finds himself in a combat situation, it’s likely to be at close quarters onboard an airplane, with the FAM possibly standing as the last defense between the pilots and a would-be hijacker. So, it’s important that the weapon they use is both powerful and accurate, and the Sig P229 in .357 SIG is a perfect choice. At the FAMS training facility, agents spend thousands of hours training with these guns, firing more than 10,000 rounds and honing their aim on targets the size of a human head.

The Coast Guard was a perfect fit for the DHS when the umbrella agency was formed. It is the only branch of the US military branch not under the Department of Defense. To comply with NATO requirements, the Coast Guard used the Beretta 92F, but it took advantage of the switch to DHS control and switched to the Sig P229. Unlike the model that the Secret Service uses, the Coast Guard uses a version of the P229 that fires .40 rounds, and comes equipped with a double-action trigger that provides a more consistent, reliable trigger pull, and also has the capability for a double-strike.

In 2018, the Coast Guard began using the Sig Air Pro Force P229 for training. This is an airsoft gun that is designed to replicate the real P229 in every way except its lethality – appearance, balance, weight, and handling are all the same between the real thing and the airsoft replica. Despite not being a “real” deadly weapon, the airsoft version is made to hold up to the same standards of precision, accuracy, and quality as the real thing. It should prove to be a valuable tool for the Coast Guard’s new cadets and guardsmen, as they will have the ability to train in realistic combat scenarios with weapons that mirror the ones they are familiar with.

The Sig Air Pro Force P229 is built to scale, with a metal frame, polymer grip, and night sights. It mimics the recoil of a traditional firearm with a gas blowback, and features a functional side lock. It has a 25-round magazine, and a muzzle velocity of 280-340 feet per second, and a range of up to 80 feet.

Ron Cohen, President and CEO of the Sig Sauer company, stated that: “It’s an honor to build SIG SAUER products for use with our nation’s defense professionals and know they meet the highest standards for both quality and performance…Now we can add the U.S. Coast Guard’s SIG AIR Pro Force P229 airsoft pistol to the wide range of SIG SAUER products in use with the men and women serving our country.”

In 2005, in a mall near Annapolis, Maryland, an off-duty Secret Service agent witnessed a gang-related attack. He intervened and was shot once. At that point, he drew his P229 and was able to take out the attacker. The agent’s injury was not fatal.

At the Miami International Airport, in 2009, a mentally ill individual threatened to use the bomb in his backpack to blow up the airport. The FAMS were first on the scene. They ordered the man to stand down, but when he refused, they used their P229s to take out the threat.

Anecdotal evidence aside, the simple fact that the Sig P229 was chosen as one of the DHS’ approved weapons says a lot. The DHS’ mission is crucial to protecting America, and the umbrella agency doesn’t take it lightly. Each of the DHS’ approved weapons, prior to approval, were subjected to a variety of tests to make sure the weapon could hold up to the needs of the department. These guns, as well as the others that the DHS approved, were found to be reliable, hardy, and in short, up to the task of standing up against smugglers, terrorists, and other criminals.