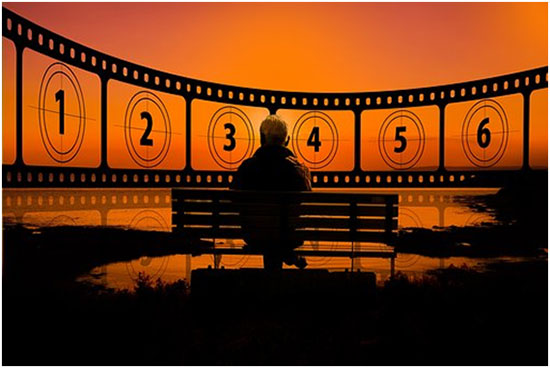 The popularity and utility of airsoft guns span beyond just the airsoft industry -- they've also been gaining popularity in motion features. An any airsoft enthusiast will happily tell you, some airsoft guns look incredibly realistic.

Sometimes, the only difference between a high-quality airsoft gun and its real steel counterpart is the orange flash hider at the tip -- if you remove this feature, your gun can be mistaken for the real thing.

The use of airsoft guns in movies makes a lot of sense. For one they're safer to use than actual firearms. Take the incident involving Brandon Lee (the son of Bruce Lee). While shooting a scene for the movie The Crow Brandon was fatally shot by a gun loaded with improperly discharged blanks.

Though the unfortunate incident involving Brandon Lee is by no means the norm in Hollywood, no one can deny that if an airsoft gun had been used he would likely still be alive today.

Airsoft guns are also cheaper and far less time consuming than actual firearms. When real firearms are used to shoot a scene (loaded with blanks), movie studios typically hire a gun wrangler to handle the guns on set. It's the job of the gun wrangler to instruct actors and actresses about firearm safety before handing them a weapon. Once the scene has been shot, the gun wrangler will collect the guns so they can be safely stored.

While gun wranglers are hired for the sake of safety, they can be expensive. Not only that, but the studio will have to pay for the actual firearm. Expenses truly begin to stack up when you consider the insurance for each firearm on set.

It's clear why the movie industry has turned to airsoft guns as an alternative to real firearms. They're cost-effective, non-lethal, and aesthetically look identical to their real steel counterparts.

With that being said, let's look at the top 6 movies featuring airsoft guns. 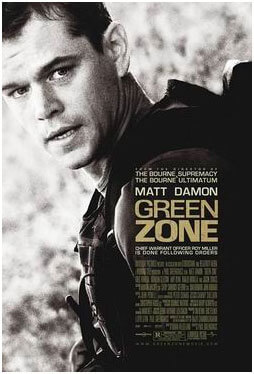 Matt Damon stars as Chief Warrant Officer Roy Miller who teams up with a senior CIA officer to hunt for evidence that Saddam Hussein has been stockpiling weapons of mass destruction (WMD) in the Iraqi desert. As Miller races from one empty site to another he soon discovers that both sides have been spinning the truth all along.

Being a movie based on the American occupation of Iraq, there are plenty of guns to be seen. Surprisingly, many of the firearms on screen are actually airsoft guns. Take the M16A4 with M203 grenade launcher seen in the opening sequence. It displayed markings on the receiver that indicated it was created by G&P, a prominent airsoft manufacturer.

In other scenes, United States Special Forces are seen carrying CAR-15s, also airsoft guns. The Armalite markings on the guns are clear as day, indicating they were made by the airsoft manufacturer Classic Army. 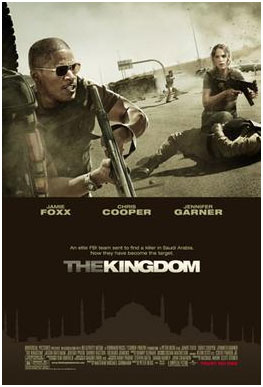 Jamie Foxx, playing FBI special agent Ronal Fleury, leads a secret team of U.S. counterterrorism investigators into the city of Riyadh, Saudi Arabia after a terrorist attack leaves several Americans dead. Little does Agent Fleury know that the terrorists who perpetrated the attack have him and his team dead in their sights.

The Kingdom is an action-fueled joy ride that has plenty of gun battles for the action enthusiasts out there. In a few scenes, Saudi police officers are seen holding Sig SG552 rifles. While these guns looked realistic, they were actually Tokyo Marui Sig 552 airsoft guns. 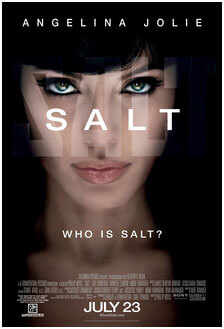 Evelyn Salt (Angelina Jolie) is a tried and tested CIA officer who is fiercely loyal to the United States. However, when a defector accuses her of spying for the Russians, Salt is forced to go on the run, using all of the skills she's learned over the years as a CIA agent to elude her pursuers. Unfortunately, running only makes her seem all the more guilty. Now it falls on Salt's shoulders to prove her own innocence.

Angelina Jolie fans will certainly be pleased with this movie. Agent Salt has to kick a lot of butt as she does everything she can to clear her name. Near the end of the movie Salt's boss, Agent Winters, levels a P229 at a door where Salt is attempting to enter. As you might have guessed, the P229 is an airsoft gun made by the airsoft manufacturer KJW! Check out KJW Taurus PT92 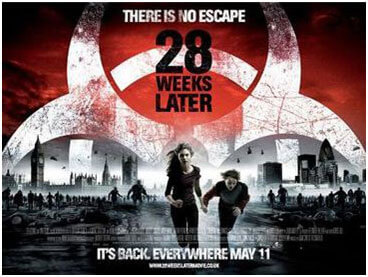 The British Isles have been devastated by a virus that has turned everyone into murderous zombies. The protagonist and his family must do everything they can to survive the coming apocalypse.

Airsoft guns get plenty of representation in this movie. If you look closely enough, you'll find the M4A1 variant rifles including Colt M4A1 CQBR used throughout the movie are acutally airsoft guns. A close examination will even reveal logos identifying the guns as not being real. Some scenes even reveal the winding wheel at the bottom of the high cap magazines! 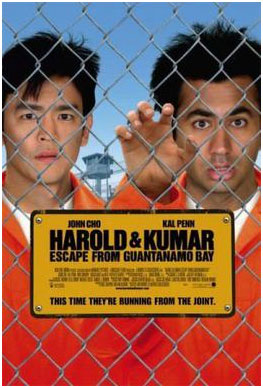 Yes, you read that correctly. Airsoft guns have even made their way into comedy movies. This stoner comedy begins with the lovable potheads Harold and Kumar flying overseas to Amsterdam to chase after Harold's dream girl.

Harold may have his heart set on love, but Kumar just can't shake the urge to take a few puffs from his smokeless bong mid-flight. Unfortunately for the duo, the "bong" is mistaken for a "bomb," and suddenly the flight is redirected to Guantanamo Bay, the most notorious prison in the world! That's when the comedic antics ensue!

If you're a fan of any of the Harold and Kumar movies you might be surprised that airsoft guns are used at all. However, during one scene Agent Ron Fox levels a Sig P226. If you look carefully, you'll see that the inner barrel clearly doesn't belong to a real gun. That's because it's an airsoft gun! 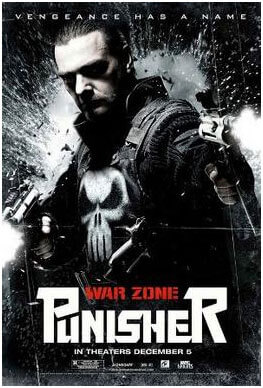 We've seen plenty of Marvel movies in the past decade or so, but most aren't as gruesome as Punisher -War Zone. In the third film to depict the character, Frank Castle AKA the Punisher begins his campaign to paint the streets red as he hunts the syndicate that killed his wife and children.

Punisher - War Zone wasn't just your run of the mill silver screen movie -- it was a major motion picture. In the movie, Frank Castle relies heavily on his M4 with AG36 style grenade launcher attachment to lay waste to the criminal elements that inhabit the city. While the gun was likely real (shooting blanks of course), the grenade launcher was the Madbull AGX, an airsoft attachment through and through.

Airsoft guns have become more than just a hobby -- they've made their way into the movie industry. There are a great many reasons why airsoft guns serve as a fantastic alternative to their real steel counterparts, but the fact that they've been used prominently in so many hit movies demonstrates their versatility and safety.

If you're looking for quality airsoft guns, visit Airsoft Station today. With hundreds of airsoft guns, BBs, tactical gear, parts, and accessories to choose from you will be well equipped for your next airsoft battle!