5 Things Every Parent Should Know Before Buying an Airsoft Gun 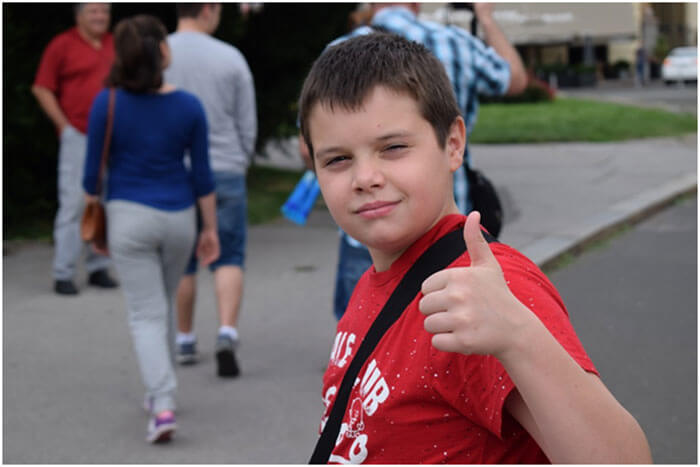 5 Things Every Parent Should Know Before Buying an Airsoft Gun

When your kids want something, they'll devise every trick in the book to convince you why they need it, and why they need it now. This is as true for airsoft as it is for any toy or video game that they may ask for. However, before whipping out your credit card and purchasing your kid a shiny new airsoft gun, there are a few things you should know.

The number one concern any parent should have concerning airsoft guns is the safety of their child. Their first question should be "how safe is this gun?"

Overall, airsoft is a safe and enjoyable sport, but that is only because strict rules are enforced to ensure all players are safely conducting themselves. The most significant danger presented by airsoft guns is the possibility of being shot in the eye, the most vulnerable part of the body in an airsoft match.

If you're going to buy your kid an airsoft gun, make sure you also buy them a full face mask. Sure, you could just buy them goggles, to protect just their eyes, but getting shot in the forehead or neck is never fun, and you should want your kid to be as safe as possible.

There are many more rules and safety concerns you should be aware of, so it's your job, as the parent, to do your due diligence and research this subject thoroughly before buying your kid an airsoft gun.

Not every airsoft gun is created equal. Some guns "shoot harder" than others and you should be aware of this distinction before buying your kid the first gun they point out.

You should look at the FPS of a gun. FPS refers to "feet per second," and it refers to how hard an airsoft gun propels a BB when the trigger is pulled. Certain guns, like spring airsoft guns that you can buy from Wal-Mart for example, have a very low FPS and can be likened to a toy, though all safety protocols should still be observed at all times.

Guns with a higher FPS, let's say in the 250 range that you buy from a legitimate airsoft retailer, can cause significantly more damage than a weaker spring pistol. Though, "damage" in this sense makes reference to the potential of welts that can form on the skin when shot (always observe the proper safety protocols when handling any airsoft gun). Airsoft guns in general, even the more powerful guns such as sniper rifles, will only leave a stinging welt on your skin.

Understand the difference between low velocity and high-velocity airsoft guns so that you can buy the right type of gun for your kid.

Just as firearm laws vary from state to state, so do laws governing airsoft guns. Before purchasing an airsoft gun, you should research your local laws in your state. In some states, only a child's parents can give them an airsoft gun. That means if anyone else gives them an airsoft gun -- uncles, family friends, grandparents -- the law will view that act as illegal and the offender could get into trouble.

There are some cities where it's illegal to discharge your weapon at all. That means even shooting in your backyard is illegal. States like Texas, unsurprisingly, allow for a freer reign of airsoft guns. Educate yourself on your local laws to avoid any possible legal troubles later on down the line.

Thus far, we've only covered the negative aspects of airsoft guns. However, there are many positives. We can't overlook the fact that airsoft guns are loads of fun! Whether you're shooting at targets in your backyard or engaging in full-blown battles at an airsoft field, airsoft guns are enjoyable to say the very least.

Don't let your kid have all of the fun. Get out there with them and knock down some cans together. You can even engage in small-scale battles right in your backyard. Think of the alternatives -- video games, TV, YouTube -- these are all well and good, but not enough kids are getting outside and enjoying the great outdoors nowadays. Airsoft guns provide an excuse for your kid to play outside.

Plus, if they start visiting airsoft fields, they'll be getting some great exercise as they duck, dive, run and squat as they take on enemy combatants. Airsoft is all about camaraderie. Don't be surprised if your kid makes some lifelong friends after a day of fun at the airsoft field.

You'll find that airsoft is a team-based endeavor. Sure, you have your Rambos who go off and do their own thing, but no one likes to play with a non-team player. Thriving in specialized roles on an airsoft team will teach your kid great skills that can transfer over to their professional life, where they may have to work with a team to complete projects.

Airsoft also teaches your kid how to lead and follow. You'll often find more experienced players taking over the leadership positions on a team, teaching your kids how to follow direction. They'll learn if they don't take direction well, their team may very well pay the consequence (they will likely lose the game). No one wants to let their team down, so your kid will likely do everything in their power to ensure their team's victory.

If your kid keeps playing, over time they will become leaders, leading those who are less experienced than themselves into battle. They can take these skill sets that they've sharpened on the airsoft field and transfer it over to life as they go to college, enter the workforce and start a family.

Just because the word "airsoft" is proceeded by "gun" doesn't mean your kid wouldn't benefit greatly from getting into the sport. If they observe the safety protocols, they will have fun. Airsoft is a growing sport, and it's as popular as ever. With life lessons to be learned and as long as the safety protocols are strictly enforced, there should be no reason why your kid shouldn't get into airsoft.