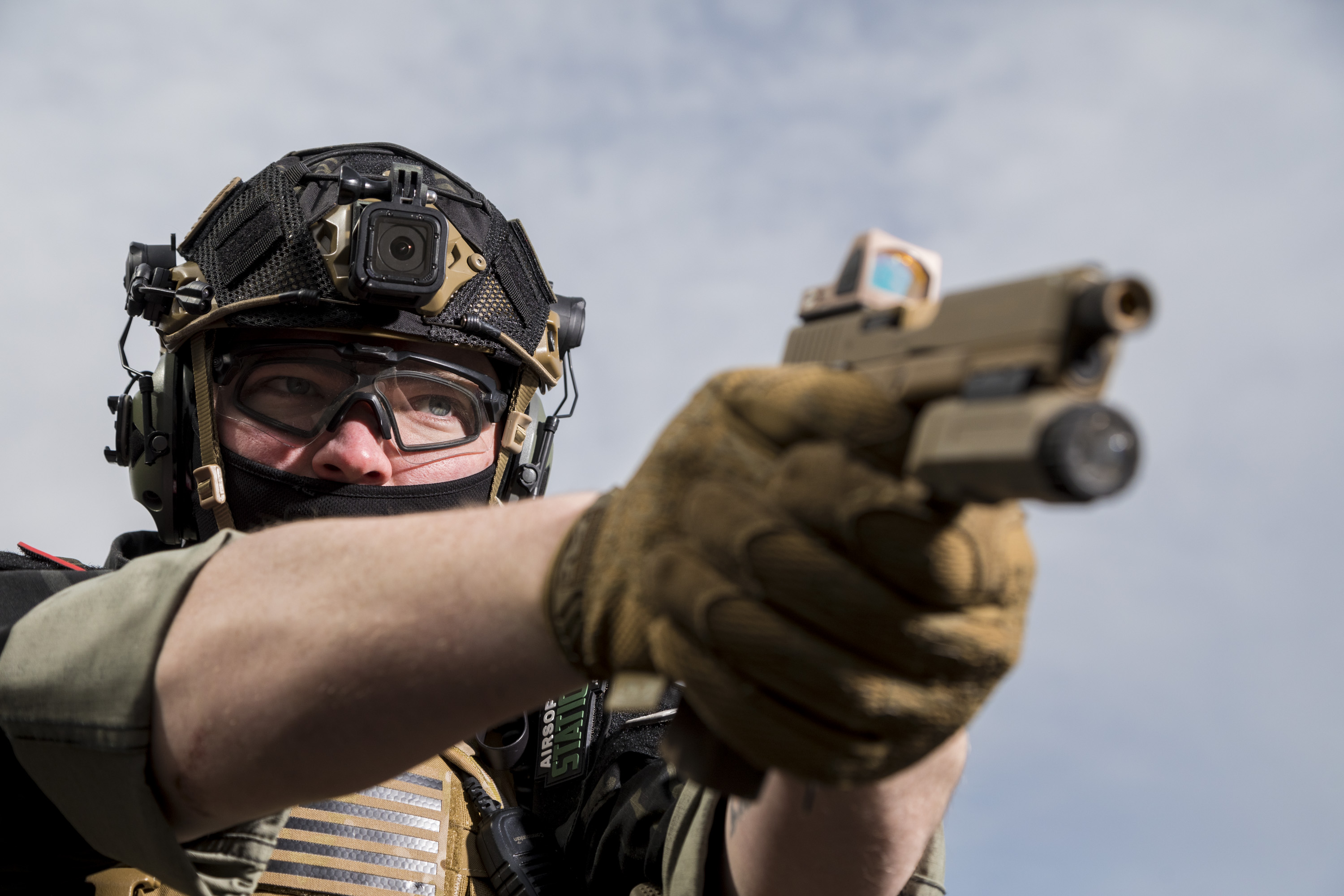 There are many types of airsoft guns sold, but many of them fall into the gas blowback category. Unlike an airsoft electric gun, gas blowback guns are designed to fire using compressed gas. Paintball guns also work the same way, using a gas reservoir to propel projectiles at targets.

Gas blowback pistols are some of the most realistic airsoft guns you can buy. However, these copies are more than just gas pumps. Read on to learn more about these handguns. 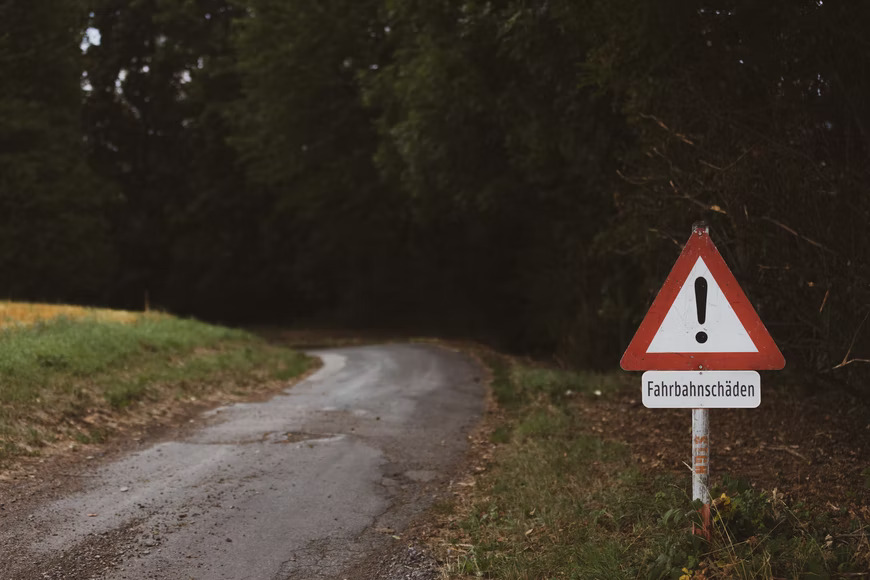 Many airsoft guns are made to resemble actual firearms, making them easy to be mistaken for one. Therefore, you should also follow these safety rules when using your gas blowback pistol. You don’t want to present yourself as a danger to those around you.

These are the three base rules of firearms safety, though they also apply to airsoft weapons. Below are additional rules you should also follow.

Airsoft weapons aren’t made to be lethal, but they hurt and can cause injury. That’s why you should treat your gas blowback pistol with respect. You never know if your actions will hurt someone.

All airsoft weapons sold in the U.S. require orange tips, and you should never remove them. You may confuse others and even bring danger upon yourself if the orange tip is gone.

For example, some states like California have laws against brandishing replica firearms in public. These crimes are even treated as if you are using an actual weapon.

The best course of action is to follow all of these rules no matter where you are. It’s better to keep your airsoft replicas hidden until you reach the venue. 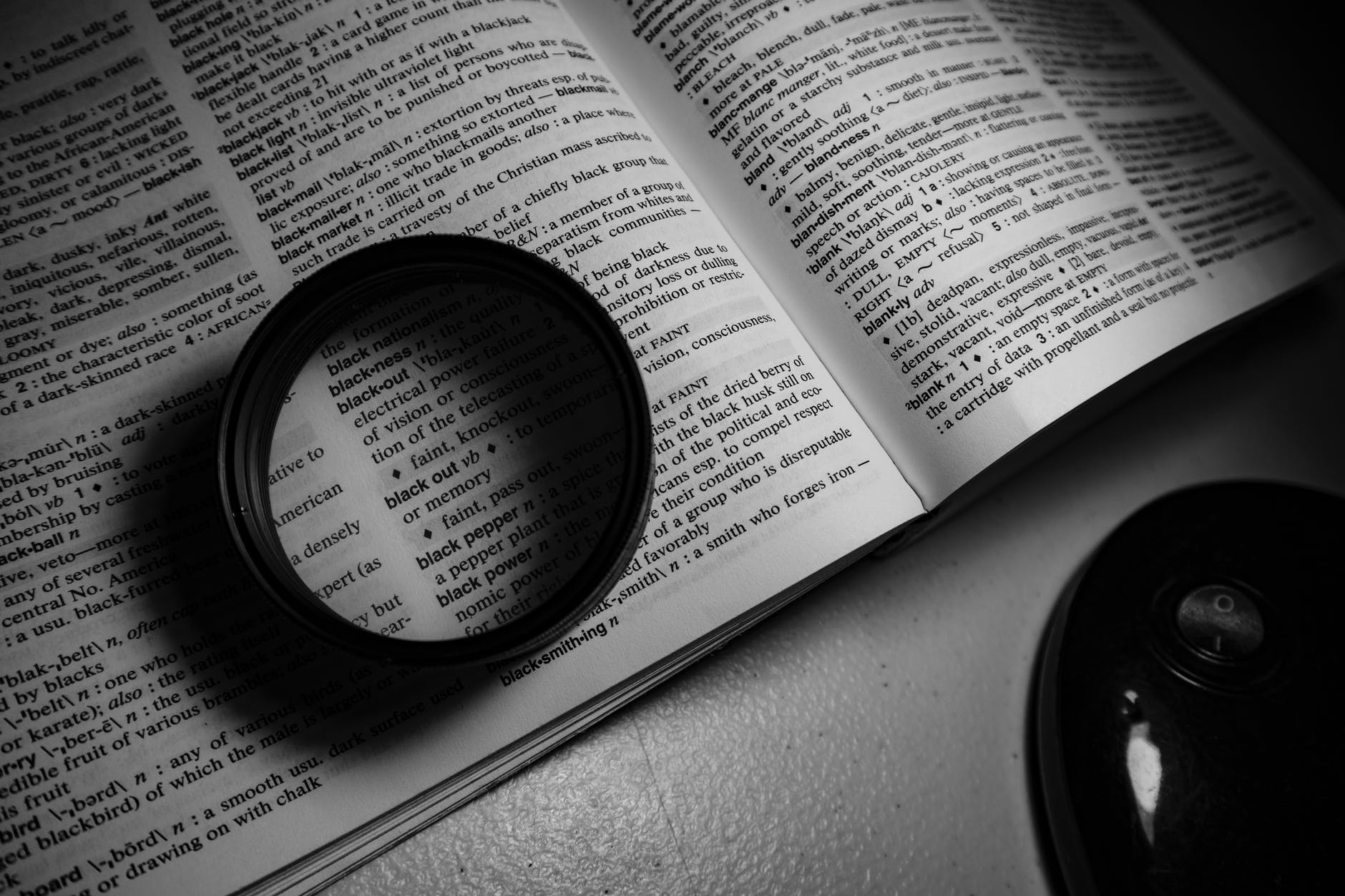 Gas blowback pistols aren’t too different from a pistol used by the military, law enforcement, or civilians. The terms are mostly identical except for a few.

The muzzle is the tip of the barrel and the front end of a pistol. That’s where the BBs emerge when you fire. However, that’s not the only place BBs can come out from.

The large block of polymer or metal that moves when firing is the slide. It must move on gas blowback guns as the weapon won’t load otherwise. It also houses the iron sights.

Iron sights are the pieces of metal or plastic you use to aim. They’re attached to the slide but mostly do nothing else.

The slide release is a lever or sliding button located above the trigger. When the pistol is locked back, showing an empty magazine, you press down on it to make the slide go forward. Doing so after replacing the magazine will load the weapon.

You release the magazine using a button or lever called the magazine release. It’s located behind the trigger.

The trigger is what you pull for firing the pistol, and it’s essential to exercise proper safety procedures with it.

By pulling the slide back, you can look at the hop-up chamber. The BB will stay there after loading until you pull the trigger. Adjusting the hop-up will affect the projectile’s trajectory.

Gas blowback pistols also have inner and outer barrels. The outer barrel makes the weapon appear realistic, while the inner barrel is what the BB encounters for accuracy.

Located on the rear of the slide is the safety catch. It can lock the pistol from firing or enable users to shoot depending on its position.

The box that contains your pistol’s BBs and the gas canister is called the magazine.

More on the Magazine

Contrary to popular belief, it’s not appropriate to call a magazine a “clip” as it refers to a different device. Clips are pieces of metal that hold cartridges, and users align clips with an integrated magazine before pushing the ammunition inside. Clips do not enter magazines entirely.

Clips don’t work with airsoft guns, as the design is impossible to adapt to BBs.

An airsoft pistol magazine resembles an actual firearm magazine, but the inside is somewhat different. Most of the space is used up by a CO2 canister or cartridge. These canisters tend to hold 12 grams of propellant gas.

Common gasses used in airsoft include propane, green gas, and CO2. There are others that you can get, depending on your needs.

When loading a gas canister into the magazine, you’ll have to push the nozzle into the fill valve and ensure it’s punctured. That will let gas flow into the gun and enable firing.

On top of the magazine is the feed lip, which interfaces with the chamber for loading BBs.

The follower is a piece of plastic or metal that pushes BBs up with the help of the magazine spring.

Gas blowback pistol magazines also have a release valve, which opens long enough for gas to be released when you pull the trigger.

At the bottom of the magazine is the base plate. You may have to slide it forward to load a gas canister.

Take care when you load any airsoft magazine, as dropping them on the floor can cause damage. With gas blowback magazines, there’s a greater risk of failure. 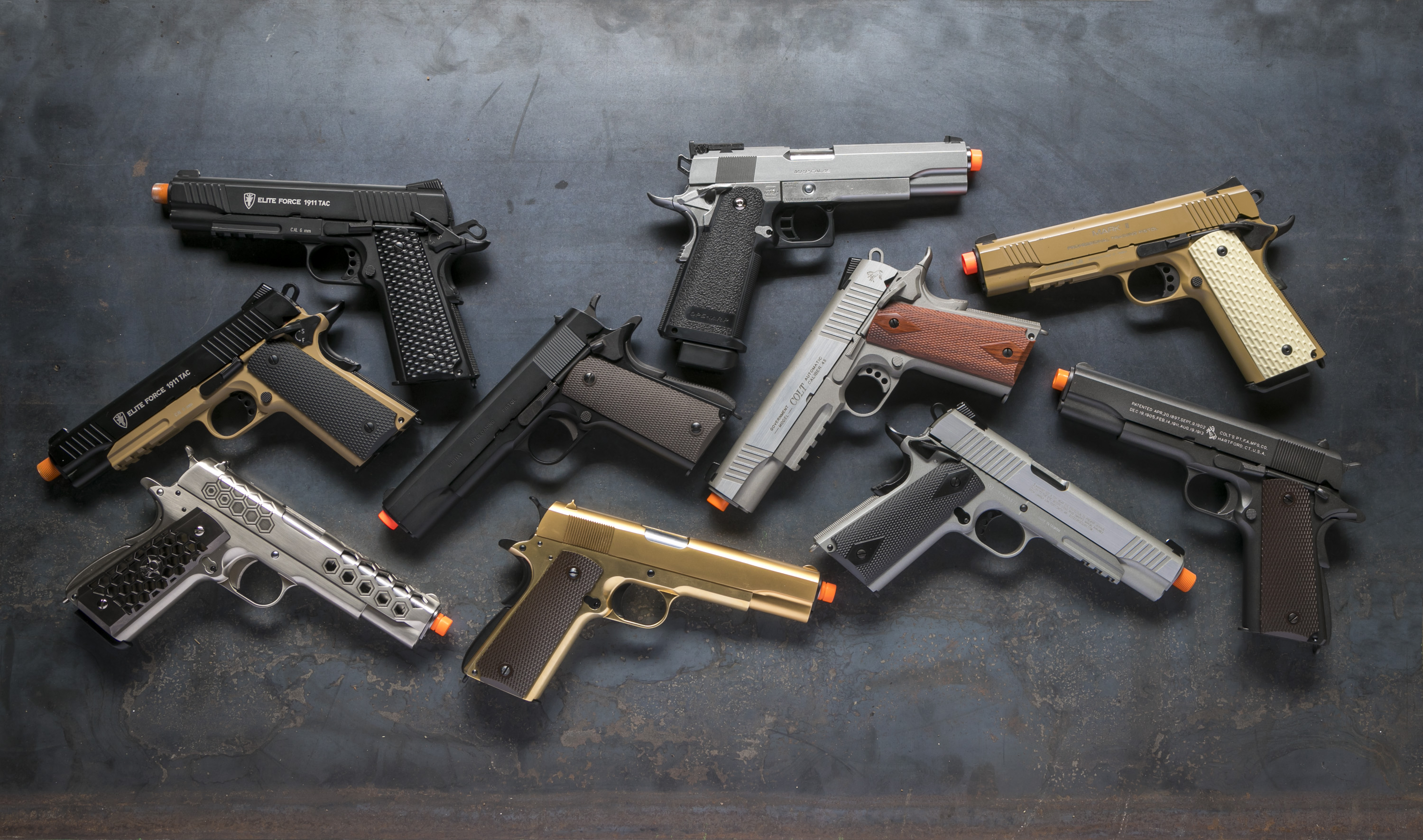 The terminology section above describes an automatic pistol, as it uses a magazine instead of a cylinder. Gas blowback automatic pistols work by utilizing the propellant to both chamber and fire a BB.

When you pull the trigger, the pistol will open the release valve briefly, allowing gas to enter the handgun’s chamber. Most of the gas is used to shoot out the BBs from the hop-up chamber, while the remaining amount will force the slide back. This action mimics the functionality of an actual blowback firearm.

The pistol will be cocked before moving forward as the slide is forced back. Another BB is extracted from the magazine and fed into the chamber during this stage. When you pull the trigger again, the process repeats until you run out of ammunition.

The main advantage of an automatic pistol is the large magazine capacity. Many automatics hold at least triple the amount of BBs a revolver can have. Therefore, you can shoot more without reloading.

Even when you need to reload, automatics make it simple. You only have to press the magazine release, slide another magazine into the pistol grip, and engage the slide release. The weapon is now ready to fire.

Most gas blowback automatic airsoft pistols are semi-automatic, meaning you will typically only fire one BB with each trigger pull. Others have a full-automatic mode, which lets you empty the magazine in one pull. These weapons will have one more option on the safety catch.

Gas blowback airsoft revolvers are a more niche option, but some players prefer carrying them. They may be less effective in modern warfare, but many may want to show off or challenge themselves. Thus, it’s not rare to see one when you play in a larger arena.

Unlike an automatic, gas revolvers don’t have a detachable gas canister. They have an integrated one located in the pistol grip instead. You refill the weapon’s gas through a valve at the bottom, which is sealed otherwise.

The most realistic gas revolvers also use a cylinder to hold BBs. Instead of a BB reservoir, the cylinder has six “cartridges.” These cartridges are designed to hold one BB inside and allow gas to flow. Pulling the trigger will discharge the BB, rotating the cylinder until the next round aligns with the nozzle.

When you run out of BBs, you’ll need to swing the revolver out, release all the spent cartridges, and insert new ones. Airsoft stores sell speedloaders, which let you load a cylinder in seconds. You can still manually insert cartridges into the chambers if you don’t have one, even if it takes more time.

Airsoft revolvers are all semi-automatic, as it’s impractical and impossible to make one fully automatic.

Which Should I Choose?

It depends on what you want. If you’re a practical-minded person, always go for an automatic pistol. Revolvers are there for hardcore players who wish to challenge themselves or like the designs.

The advantages of the automatic are:

The only disadvantage of using one is that your loadout has less character.

On the other hand, revolvers offer these advantages:

However, revolvers are inferior to automatics in almost every way when it comes to combat effectiveness. 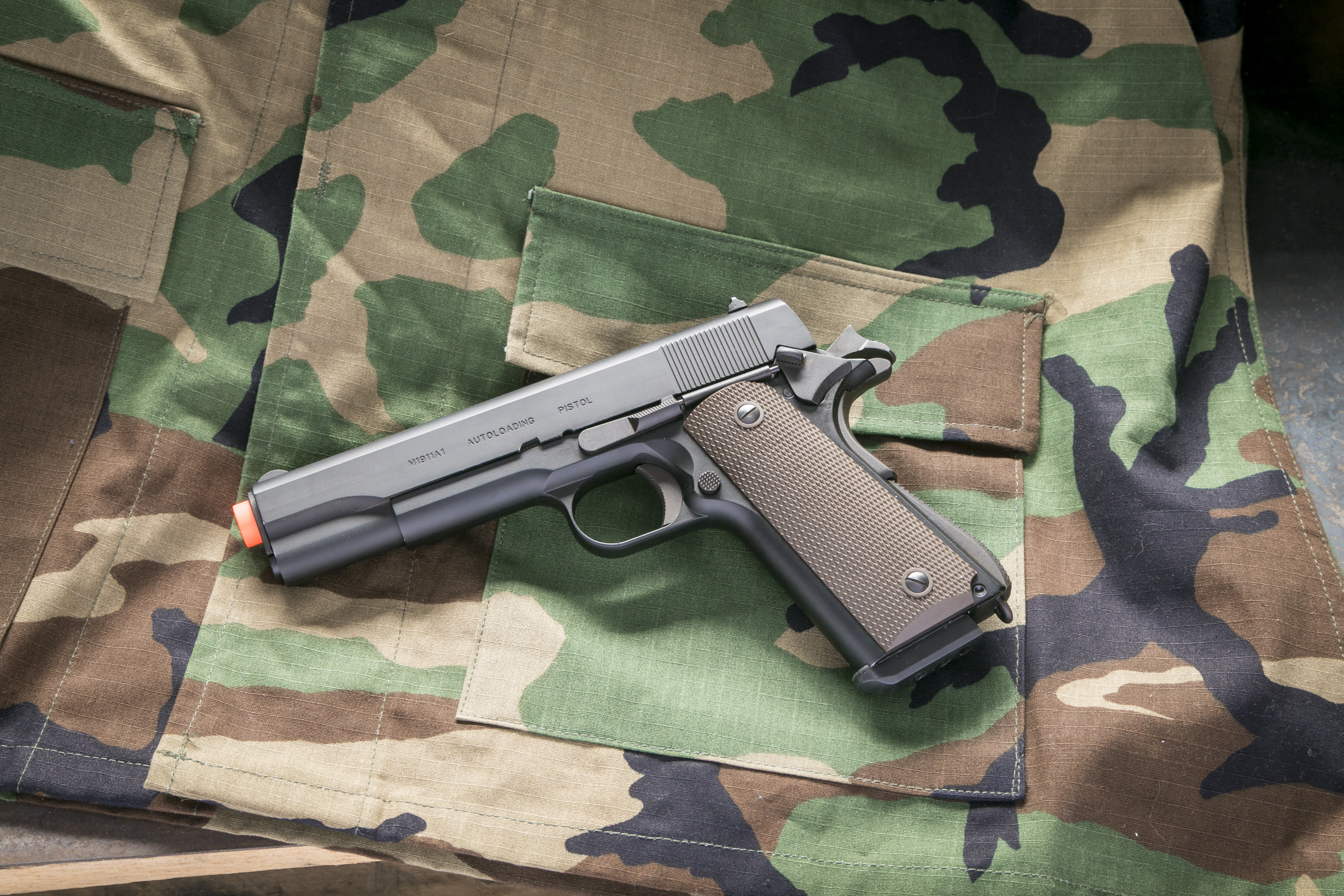 While it’s possible to disassemble a gas blowback pistol, you should know that these weapons aren’t easy to repair. If your handgun has problems, it’s best to send it to an airsoft technician for help.

Each pistol is different, but you’re mostly loosening screws to access the internal parts. The first part you remove is the slide, as it’s also how actual pistols are field-stripped.

Next, you can move on to the barrel and chamber. Those are visible once you take the slide away. After that, you can loosen the frame’s screws and access the trigger group.

If you only want to clean the weapon, don’t go beyond removing the barrel. The hammer and trigger group are intricate components you may not know how to reassemble. Generally, cleaning the chamber, guide rod, and barrel is enough to keep your pistol running.

For automatic pistol magazines, the gas canister is easily replaced by sliding the base plate forward and removing the spent cartridge. When inserting the new one, turn it until the nozzle is punctured and ready to release gas.

As for revolvers, the mechanism is more convoluted due to the asymmetrical design. Follow your owner’s manual instructions if you want to open it up. 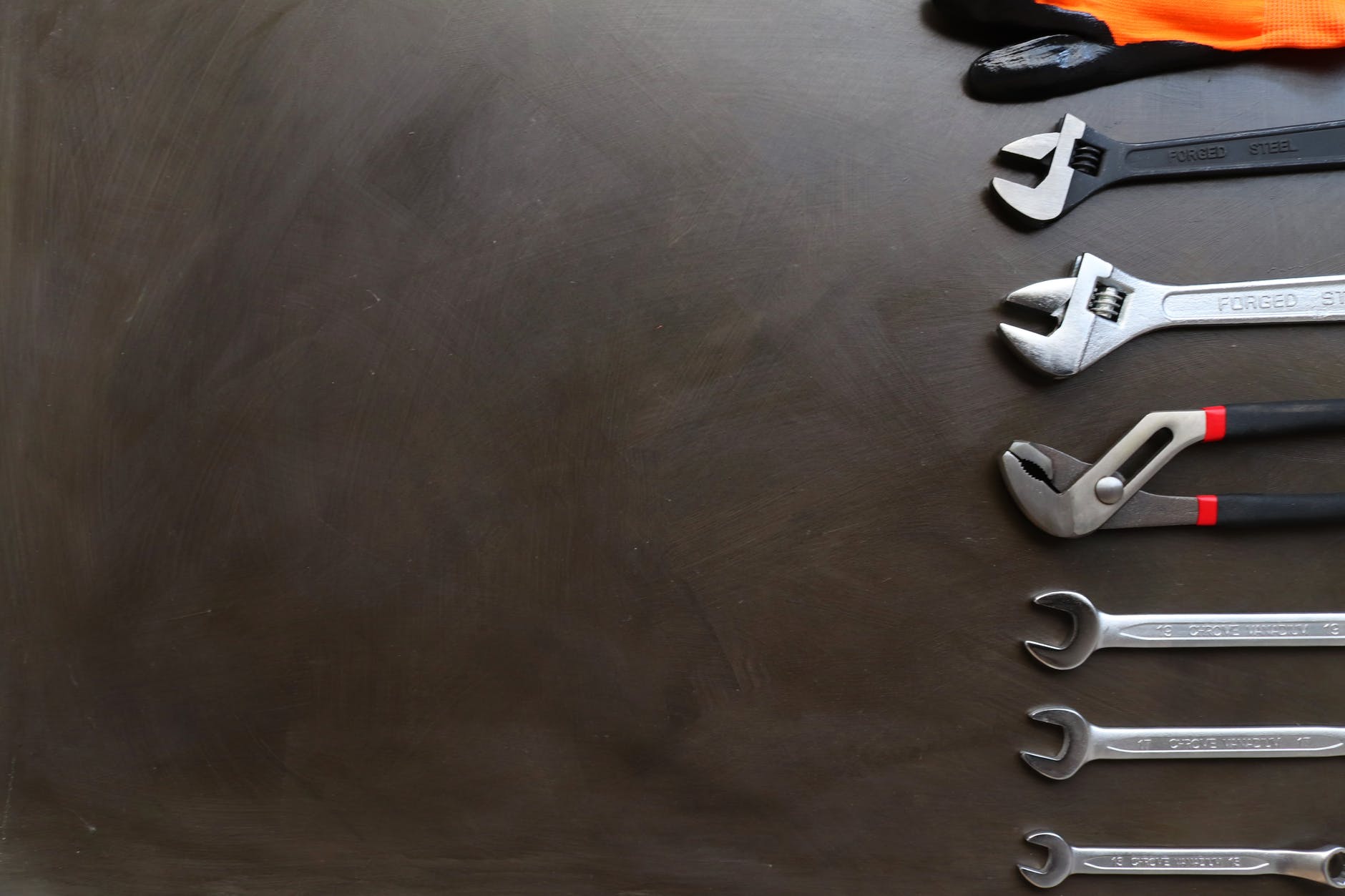 Your gas blowback pistol isn’t always going to run flawlessly, as it can malfunction. If you notice any strange behavior, stop using it.

Here are some possible problems you may encounter.

The gas canister may be empty. It either ran out of gas, or you filled it up incorrectly. Green gas also tends to fail when the temperature is too low, so you may have to warm the pistol up before firing.

If none of these work, you may have a leak somewhere that should be repaired.

This phenomenon is usually a sign of low magazine canister pressure. The air pressure was only enough to reset the slide partially. The best fixes are to refill your gas or warm the pistol up.

There are a few reasons this can happen, ranging from too strong of a recoil spring to a worn slide lock. Fortunately, it’s possible to replace these components.

The solution is to change BBs, as it may be a case of using improper ammunition. Some hop-ups aren’t compatible with lighter BBs, making heavier ones necessary.

Should an ammunition swap not work, it can be a gas pressure problem, which requires a gas refill or warming up.

Otherwise, your weapon is simply designed to have a shorter range.

The Most Realistic Design 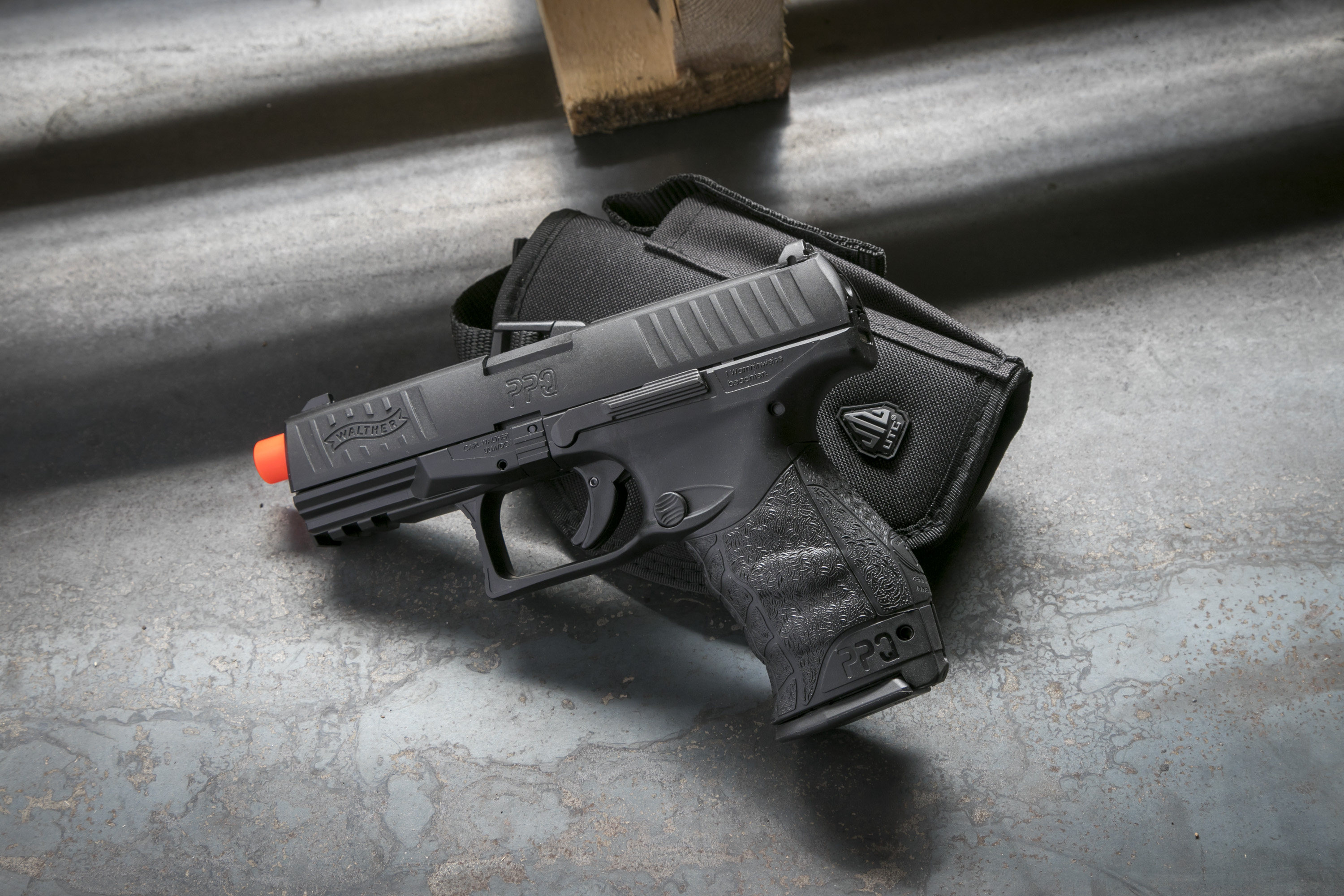 Gas blowback pistols offer some of the most realistic reproductions of your favorite firearms. While they have some disadvantages, they remain a popular choice for airsoft fans of all levels. Moreover, they’ll last for a long time with the proper care and knowledge.