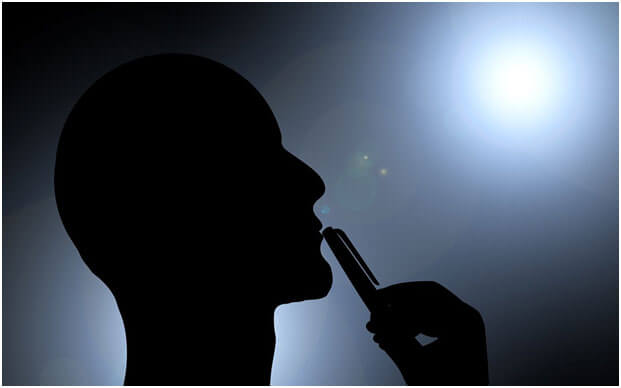 Airsoft Gun vs. BB Gun – What is the Difference?

History of the BB gun

In 1886, the first BB gun was born. It was a revolutionary spring-piston gun that was made of maple wood and a bit of metal here and there. The first BBs were actual shotgun pellets. These pellets were 0.18 inches in diameter. George W. Sage, the man who is believed to have created this new air gun, simply chose one of the most common projectiles at the time that could fit inside of his gun.

The following year Clarence Hamilton took things up a notch by inventing an all-metal spring-piston airgun. It too could shoot lead BB projectiles. After showing off his invention to savvy businessman Lewis Cass Hough, it was inevitable that the gun would be mass produced and sold.

History of the Airsoft Gun

Airsoft guns can trace its origins to Japan during the early 1970s. Airsoft guns were created by shooting enthusiasts who wished to conform to Japan's strict gun control laws, yet still enjoy their favorite hobby. The term "Air-Soft" or "Soft-Air" referred to the green gas that was used as a propellant to fire the gun.

The differences between BB guns and Airsoft guns

One of the primary differences between BB guns and Airsoft guns is the type of ammunition they fire. BB guns fire small metal or lead BBs which make them potentially deadly depending on the strength of the gun. On the other hand, Airsoft guns fire a plastic projectile making them far safer for recreational use.

How they are used

For the most part, BB guns tend to be used for either training or target practice. Some of the more powerful BB guns can be used for pest control purposes and even hunting small game.

Airsoft guns are mostly used in Mil-Sim games where players are placed in a tactical simulation where they must eliminate the opposite team and/or complete various objectives. Airsoft guns are also commonly used by SWAT teams and military units for training purposes.

Regarding realism, Airsoft guns are most certainly unmatched. It can be challenging to distinguish an Airsoft gun from an actual firearm, especially if the orange flash hider is removed. Airsoft guns tend to focus heavily on aesthetics in an attempt to resemble their real steel counterparts as closely as possible.

BB guns can also look very similar to firearms, but the primary function of a BB gun tends to lean more towards performance rather than aesthetics. They're not the most realistic looking guns out there, but where they fall short in appearances, they make up greatly in performance.

As previously mentioned, BB guns were built for performance. However, that doesn't mean Airsoft guns are outperformed in that regard. High-performance Airsoft guns can shoot up to and beyond 500 FPS allowing them to shoot on par and sometimes beyond that of high-performance BB guns.

Performance and power play a significant role due to the type of ammunition used between Airsoft guns and BB guns. Metal BBs are smaller in size and far denser than plastic Airsoft ammo. This ultimately means they can penetrate a target far more effectively. This is the reason that BB guns are great for pest control purposes but terrible for shooting at other people.

Generally speaking, if you had to choose between a BB gun or an Airsoft gun to take care of small critters who might be running amok on your property, BB guns are definitely the way to go. They're far more humane than Airsoft guns because they can put the little critter out of its misery faster.

Airsoft guns that can fire at a high FPS, such as 800 - 1000 FPS, can also be used to do a bit of pest control, but honestly, there's a good chance you might end up torturing the poor thing before you outright kill it. Just stick with BB guns when you're out hunting for mice in your backyard.

Concerning accuracy, both BB guns and high-quality Airsoft guns can accurately hit targets from downrange. However, BB guns tend to be a bit more on the accurate side.

One reason BB guns tend to be more accurate is the ammunition. Steel and lead tend to be less susceptible to the wind and other elements that might knock a lighter plastic ball off course. BB guns tend to dominate regarding long-range shooting, but they're not quite as good up close and personal. Short range shooting is undoubtedly where Airsoft guns shine.

Also, Airsoft guns have a hop up system that puts a bit of a spin on the BB, allowing it to shoot straighter for longer distances. This greatly increases accuracy for long distance shooting. As any Airsoft player will tell you, sometimes it can take a bit of time to get your hop up tuned just right, but once you get it locked in you'll be good to go.

The price of an Airsoft gun vs. a BB gun can vary wildly. A cheap airsoft guns purchased from Wal-Mart will probably run you around $12.99 to $50 whereas a professional Airsoft gun with all of the bells and whistles can run you as much as $1,000 to $2,000 and beyond.

BB guns are the same. You can go to your local sporting goods store and find a BB gun as cheap as $12.99. If you go online or to a specialty dealer, you can find BB guns as expensive as $3,000 and beyond.

The ammo goes about the same between Airsoft guns and BB guns, though steel BBs tend to be a bit on the cheaper side, but only by a small amount.

Due to the differences between the two, Airsoft guns and BB guns may excel or suffer in different environments. For example, you can use an Airsoft gun up close and personal on an individual and not worry too much about injury if you're practicing the proper safety procedures. Even if the ammunition ricochets, you should be fine.

However, using a BB gun up close and personal can be potentially dangerous because ricocheting ammunition can lead to great personal injury. With that being said, be careful of your backstop when using a BB gun. Your backstop needs to be capable of stopping a steel or lead BB.

No matter what type of gun you're using, always wear eye protection. If you're shot in the eye with a BB, you're going to have a very bad day.

Airsoft guns will almost always be the better choice for indoor shooting due to their effectiveness at close range. Airsoft should also be considered for backyard shooting if you don't have a decent backstop, such as your neighbor's house. Children should always be supervised around BB guns and Airsoft guns, as they can both cause injury.

With that being said you should never shoot a BB gun at another human being. If you're looking to go to war with your friends, Airsoft guns that fire plastic BBs should be your go-to choice. Otherwise, prepare to take your friend, or yourself for that matter, to the hospital. Even though they are safer than BB guns you must always make sure that the other participants are aware of the game and are wearing proper safety equipment.

Under federal law, airsoft guns and BB guns are not classified as firearms and are legal for all ages, so a person of any age may use one (and with the permission of their parents, for anyone under 18). However, in some major cities, the definition of a firearm within their respective ordinances includes spring powered or compressed air weapons, making airsoft subject to applicable laws. For example, in California airsoft and BB guns can be bought only by a person above the age of 18. However, no laws indicate an age requirement to sell airsoft guns. Generally speaking, toys and imitation firearms must have an orange tip during shipping and transportation. All of our Airsoft guns are shipped with the orange tip.

You should now have a good idea of the differences between Airsoft guns vs. BB guns. The point of this article wasn't to determine which one is better, but merely to outline their differences. No matter which gun you choose, use them with the utmost safety and don't forget to have fun!