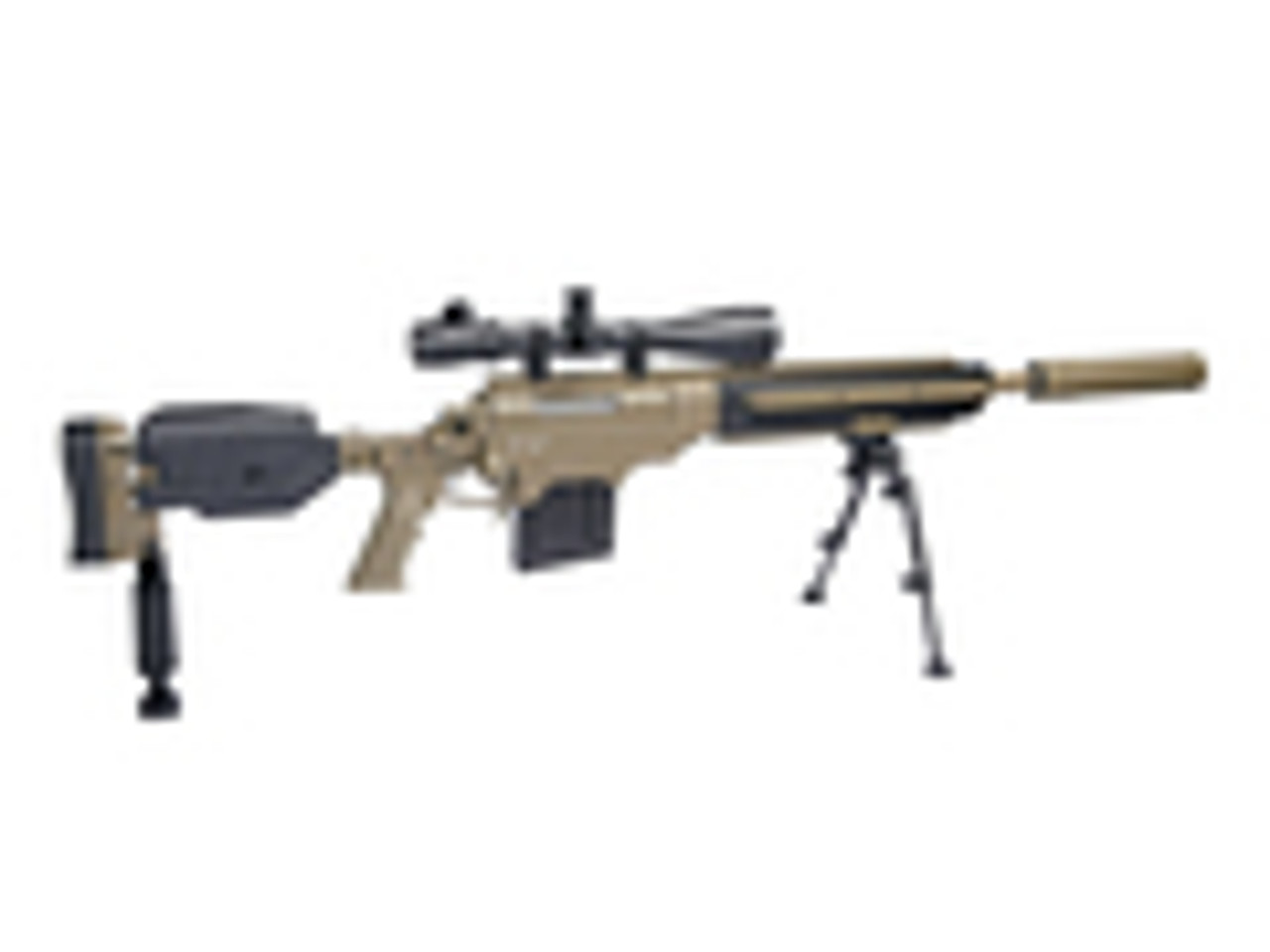 If you are looking for an airsoft gun that shoots hard and is still accurate at long distances we have you covered.  We carry a big selection of spring, gas, and electric powered airsoft sniper rifles to choose from.  Airsoft sniper rifles shoot at a high FPS in order to maximize the effective range. They have long barrels which allow for greater precision than smaller airsoft guns. Bolt action airsoft sniper rifles have to be cocked before each shot, much like a real rifle.  This adds a realistic feel to the guns, but it also makes them more challenging to use until you get used to them.  Another advantage of airsoft sniper rifles is that they can have a much further range over other air guns.  With a scope that is correctly sighted in they are extremely accurate and allow you to pick off targets at long distances.  The velocity of most of these guns range from 300 to 500 FPS, but some of the gas powered versions can be even more powerful.  Some of the most popular models include the L96, M24, SR25, SVD, and the M14.