Why You Need an Airsoft Gun 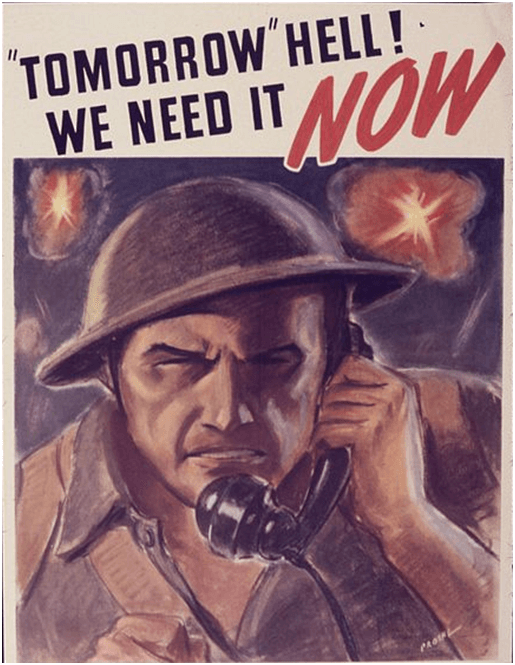 Why You Need an Airsoft Gun

Airsoft guns are useful for a lot more than just teaching children gun safety – a lot more. Starter-level airsoft guns are relatively inexpensive, and it may be worth picking one up. In this article, I’ll explain why.

First, I’ll start with some history, beginning with the origins of airsoft. Airsoft guns were invented in east Asia. This was because of necessity – firearm ownership was (and still is) heavily restricted in that region, to the point where even a BB gun is difficult to acquire. In many east Asian countries, an individual is restricted from owning a firearm of any kind. But just because firearms are illegal doesn’t mean that a Japanese individual would be any less interested in trying one out than an individual of any other nationality would be. Regardless of how difficult lawmakers make it to own a firearm, the interest is still present.

This is where airsoft guns come into the picture. In the late 1970s, several companies began to capitalize on east Asian consumers’ itch to handle firearms by importing replica guns that could not be used as weapons. Still, consumers wanted a gun that did something, at least, so the guns were designed to fire small 6mm balls at speeds that were low enough to keep them fairly safe. Some used springs, but others used compressed air, hence the new term “airsoft.” Originally, most of these early airsoft guns were replicas of existing military weapons, such as the BAR and the M60. However, as time passed, other low-cost models were developed to be sold to a wider customer base.

Moving into the 1980s, the American company Daisy started importing several less expensive airsoft models to the United States. They also changed the name of the product to soft air. Crossman, another company, copied this name when they entered the American airsoft market some time later. Harmless as these “soft-air” guns were, they were still looked realistic enough to alarm US lawmakers.

This made some degree of sense. The highest quality airsoft guns at the time were actually real firearms with internal mechanisms that had been modified to shoot 6mm pellets rather than bullets. The Asians called these pellets BBs, BB bullets, or bullets. They used these terms interchangeably, which probably didn’t help the American lawmakers’ confusion. In fact, the US government was prepared to ban the import and sale of airsoft guns completely when a lawyer from California came up with a method of marking airsoft guns in order to make them easily distinguishable from real weapons. The airsoft guns would have to either be transparent, allowing the internal mechanisms to be visible, or the muzzles would need to be colored a specific shade of bright orange.

Once the idea was brought up, it still took quite a while for anything to come of it. Years of discussion took place before laws were finally put into place in the early 1990s, allowing US airsoft sales to continue.

Meanwhile in Asia, innovations on airsoft guns continued. Guns that were originally built for gun enthusiasts and collects began to see use in mock battles. Since they were much less powerful than paintball guns, almost completely negating the possibility of injury, they became popular very quickly. They don’t hurt much when they hit, so less protective gear is needed.

Current State of the Sport

At this point, airsoft enthusiasts split into two rough camps. Some are primarily interested in collecting, but a far larger number of airsoft gun owners are oriented toward mock battles and games. These active hobbyists are the ones who have driven airsoft gun developers to strive to build more accurate, more usable guns. This group, too, has diverged – skirmishers form the largest group, but a small subgroup of airsoft users focuses on practical pistol shooting. It’s this second group where you’ll find the people who practice the sport of IPSC (International Practical Shooting Confederation) – with timed silhouette targets, time limits, and courses that closely resemble the ones that the firearm crowd uses.

This is a small group, but they are also the biggest spenders per capita, except when compared with those who are primarily collectors. It isn’t unusual to see one of these shooters spend $200 on a gun, and then another $1000 on modifications to make it competition-ready. Guns like those can shoot groups under an inch from thirty feet away, are semiautomatic, and are completely reliable. These shooters are great fun to watch, since they do everything that a firearm IPSC shooter does without the noise and recoil of a real gun. Airsoft IPSC guns are as fast as lightning, fire smoothly, and are incredibly accurate provided they’re set up properly.

Since the early 2000s, the gaming side of airsoft has certainly grown the most. This is also the aspect of airsoft that has the most visibility for the general public. Most games use the same basic “Capture the Flag” type of setup that is often seen in paintball, with airsoft gun-wielding teams attempting to outsmart and outmaneuver each other on a simulated battlefield. The airsoft guns that are used in these scenarios are continually becoming more capable and more useful for these purposes. For example, a modern airsoft sniper rifle, when adjusted correctly, can land most of its shots within a 12-inch spread on a target 50 yards away. This accuracy makes it useable for semi-realistic sniping roles during a game.

Combat rifles – frequently based on the US M16 or M4 – are sometimes modified by adding metal gearboxes and other specialized high-performance components. The end goal of these modifications is to put together a gun that can function effectively in realistic conditions for extended periods of time. Some of these guns come close to standing up to the same harsh field conditions that real firearms do. In fact, there are a few airsoft guns that are produced specifically for military training. These guns are only sold to the military, and they are designed to be just as durable and reliable as the firearms they are intended to replicate. Slowly but surely, commercial, unmodified guns are also catching up to this level.

There are also trademarked training simulations that some high-end airsoft gaming enthusiasts pay to participate in. These simulations travel from place to place, and charge hundreds of dollars for players to participate. Those who do are trained and led by veterans with actual combat experience. Airsoft teams purchase helmet-mounted radios so that they can communicate with their squads while on the field, and some teams even purchase military vehicles such as trucks to transport their team to their training area. At this high-end extreme, individuals may spend thousands of dollars to fully outfit themselves.

At this point in time, hobbyists and the military aren’t the only two groups that use airsoft guns. Police departments have also begun adopting airsoft for use in training. This saves huge amounts of money that would have been spent on ammunition, and it also greatly reduces the risk of injury during training. As airsoft equipment becomes even more durable and accurate, it’s likely that this trend will continue.

So why do you need one?

Well, I’ll start by assuming that if you don’t know already, you probably aren’t passionate about airsoft to the point where you’d like to spend a few thousand dollars on guns and other equipment. Chances are, you’re looking for something that’s fun to use, and cheap to buy. Luckily, such guns exist. You can buy a 1911A1 pistol for less that $25, and you won’t be disappointed in the quality. It’s accurate enough to hit a coffee up 30 feet away, every time, and it’s a repeater. If that sounds good enough to meet your standards and price needs, you should absolutely give airsoft a try.

An example of this sort of gun is the Tanfoglio Witness. The first time you shoot this pistol, you’ll notice that you can see the pellet in flight, and that it flies quite far before it begins to drop. The ability to see the pellet in motion will help you figure out how to aim correctly, so you’ll have an extra form of feedback that real firearms don’t have. The Tanfoglio Witness fires the lightest pellets, weighing only 0.12 grams. They travel less than 300 feet per second.

The next step up would be a gas-powered gun. Green gas is the easiest type to use, and gives you a realistic semiautomatic operation as well as excellent accuracy. You can pick up a TSD M190 pistol, modeled on the Beretta 92FS, for $90. This one fires a 0.20-gram pellet, and has a 1.5-inch spread at 30 feet. It also features full blowback, as well as a single-action trigger.

If you’re more interested in a long gun, consider an affordable sniper “rifle” such as the UTG Master Sniper. Note that airsoft sniper rifles are not technically “rifles” as all airsoft guns have smoothbore barrels. The UTG Master Sniper shoots at 460 feet per second, can hit within a 12-inch radius at 50 yards consistently, and costs only $105.

As mentioned previously, airsoft guns can go up in quality from here, and can go way up in terms of price. I won’t go into that here, as I think I’ve covered the best starting points. Pick up a low-cost airsoft gun, give it a try, and figure out your needs from there!