All About Air Guns

Air guns are often thought to be lower-level weapons used for competitions or just for fun, but in reality, air guns are versatile weapons that have been used for everything from warfare to sporting since as early as the 1500s. While a normal firearm shoots projectiles using pressurized air produced by a chemical reaction, in this case, the combustion of propellants, air guns fire using compressed air that is pressurized mechanically. The power source an air gun uses can be a spring-piston, pneumatic, or bottled compressed gas. Normally, air guns fire BBs or other small pellets. There are also some types of air rifles that shoot darts or arrows. 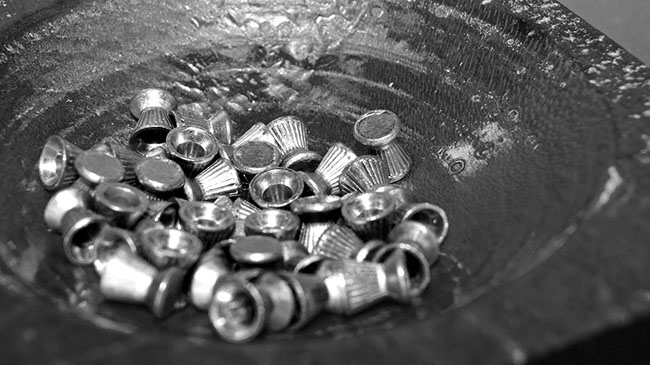 The oldest known air gun was built around 1580. It used a bellows system, like the kind that is used to stoke a fire, to launch projectiles. The bellow powered rifle is widely recognized as the start of air gun technology.

Later, in the 17th through the 19th century, air guns were used in hunting. They were even used for hunting big game, like deer. These were pump-action air rifles that could shoot .30 to .51 caliber bullets at velocities of 650 to 1000 feet per second. Air rifles were used to fight in wars as well. During this time early firearms had been invented, but air rifles actually had several advantages over them. First, firearms like the matchlock and flintlock muskets could not be fired in rainy weather, but air rifles could since they were not powered by gunpowder that could get wet. They also could be loaded and shot faster than muzzle-loading muskets. Not only that, but they were considerably more subtle than firearms, since they were quieter, smokeless, and did not have any muzzle flash since they were not powered by combustion. Black powder muskets were prone to give away the shooter’s position. Countries like France and Austria even had snipers that used air rifles.

The Girandoni rifle was one of the most popular air rifles at the time. The Girandoni, or “Windbuchse” as it was originally named, was an Austrian weapon developed by Bartholomaus Girandoni, a watchmaker, mechanic, and gunsmith, in the 1760s. The rifle itself was about the same size and weight of a musket. The reservoir for the pressurized air used to power the gun was in the butt of the gun and was removable. It used a magazine that could hold 22 .51 caliber lead balls. The Girandoni packed a punch equivalent to that of a modern .45 ACP caliber pistol, capable of going through an inch-thick wooden board from at least a hundred feet away.

Members of Lewis and Clark’s party on the Oregon trail carried air rifles in 1804. Their model used smaller caliber bullets. The magazine on the side of the barrel can hold 22 .46 caliber balls. The design of this rifle was similar to the Girandoni, with an air reservoir in the butt of the gun capable of generating 800 psi. This weapon was able to shoot the full contents of the magazine in a minute. 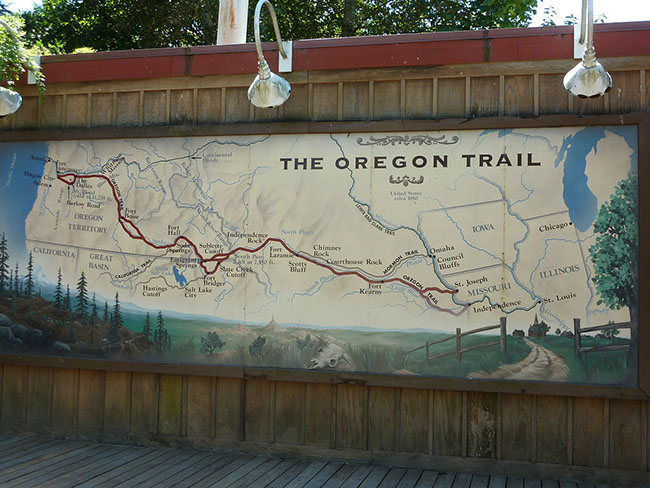 The Challenger was the first successfully mass-produced air rifle. It was built by the William F. Markham Air Rifle Company in Plymouth Michigan around 1886. The Challenger set off a flurry of competitors releasing new models of air rifles. The Plymouth Air Rifle Company promptly produced the Daisy BB gun in 1888, which was an improvement upon Markham’s model because it was all metal and more durable than the wooden Challenger. The company was then renamed the Daisy Manufacturing Company. Markham fought back by releasing the Chicago model later in 1888 and then the King in 1890. The competition was ended in 1916 when Daisy purchased Markham in 1916, and the company was renamed the King Air Rifle Company in 1928. They built the King model for seven more years and closed completely in the 1940s.

In England, during the 1890s, air rifles were used for sport. In Birmingham, England, public houses would hold competitive shooting matches and sponsor teams to compete in them. The losing team would pay for the winning team's prize, usually food. The sport rose in popularity, and as a result, the National Smallbore Rifle Association was formed in 1899. Four thousand air rifle clubs formed across England, and the popularity of competitive target shooting continued to grow.

The applications for air rifles are more varied than most people think. They are not only recreational, but are actually used for hunting, pest control, and even in the Olympics.

Air gun sports are widely varied. There’s Field Target, in which the targets are metal models of animals, and the goal is to knock the targets over. The “kill zone” in this case is a steel plate. Hunter Field Target is similar, but instead of firing from 24 to 135 feet, the firing range is between 24 and 165 feet.

Over time, the power of Pre-charged Pneumatic air rifles has increased, and their affordability has as well. Therefore, the distances in competitive air rifle shooting have become farther, and the projectiles have become larger.

As mentioned earlier, the basic air gun designs include the spring-piston, the pneumatic, and the compressed CO2 air rifles and air pistols.

Spring piston air guns work by compressing air using a piston pump in the compression chamber that is spring-loaded. To shoot, the gun must be cocked manually, which pulls the piston back and compresses the spring. When the trigger is pulled, the spring is released, which pushes the piston forward, which is what compressed the air in the chamber. The air expands into the barrel and propels the projectile outward. Until recently, most spring-piston air guns were breechloading single-shot rifles. However, more spring-piston guns now are repeaters that come with magazine feeders.

High powered magnum air guns with spring pistons are capable of shooting projectiles at the speed of sound. However, cocking these guns takes extra effort since the springs are stiffer, which is how they are able to propel projectiles at a higher velocity. Spring piston guns can fire .177 pellets at up to 1250 feet per second. Any higher than this and the shooter loses accuracy since the pellet gets buffeted around as it is shot past the sound barrier and then slows back down. The pellet is shot at the speed of sound, but as its traveling, the shock wave caused by breaking the sound barrier catches up and knocks it off course. In addition, drag increases as projectiles move past the sound barrier. Overall, which pellets can be shot faster than the speed of sounds, it is better to purchase heavier pellets so they can be shot short of the sound barrier, thereby maintaining accuracy. It is usually best to aim for a velocity between 800 and 900 feet per second.

Spring piston guns can be cocked a couple of different ways. There is the break barrel, in which there is a hinge between the barrel and the receiver. This is bent to open the breach and cock the weapon.

There are also fixed-barrel spring-piston guns. In this case, there is no hinge between the barrel and the receiver, so instead, the gun includes another lever to cock the weapon. This can be located underneath the barrel, at the right side of the receiver, or above the barrel.

Last, spring-piston weapons can simply be cocked by a motor charged by a battery. However, these are few and far between.

Spring piston guns tend to be long-lasting because their firing mechanism is simple, and they are therefore easy to repair and keep in good shape. These are great beginner air rifles.

The gas spring air rifle was invented more recently. In these weapons, a gas power spring replaces the mechanical spring. The spring is located in the piston pump with a pressurized gas sealed in the cylinder. Cocking the gun causes the piston to compress the air even more, which is released when the trigger is pulled. These have not been invented until more recently because making them requires lots of precision. Otherwise, the sliding seal will break under the high pressure used to propel the pellet.

Gas spring rifles are nice because they can be cocked for extended periods of time without wearing out the spring. Also, the recoil is much smoother than in other designs. The time between when the trigger is pulled, and the pellet is shot is shorter as well. Plus, because they do not require grease to lubricate a coil spring, which means that there is no grease to thicken up and paralyze the gun in low temperatures.

Pneumatic air guns propel pellets using compressed air stored in the gun that is pressurized ahead of time. A pump built into the gun pressurizes the air, and its air reservoirs are filled using one of two external sources.

The first possible source is a hand pump. In this case, a lever is used to pressurize the air in the reservoir, which is released when the trigger is pulled to propel the pellet. These guns can be either single stroke or multi-stroke. Single stroke pump guns are usually relatively low powered and used mainly for casual target practice. Multi stroke guns are more versatile and can be pumped fewer times for lower-powered, short-range shots or more times for long-range shots. Usually, the maximum pressure is 30 pumps.

The second type of pneumatic air gun has its air reservoir pre-filled, using either a diving cylinder or a hand pump. This type of gun retains its pressure and can be shot multiple times. When the weapon is fired, a hammer strikes the release valve, releasing the pressurized air and propelling the pellet. The valve is regulated either mechanically or electronically. Pre-charged pneumatics cost more to purchase but are cheaper to use than CO2 rifles and shoot better than normal pump guns.

CO2 guns use removable pre-filled cylinders of compressed gas to propel pellets. These cylinders, or Powerlets, can be thrown away after use and replaced with new cylinders. These guns are compact, can be shot multiple times, and are not difficult to cock or fill. Some CO2 guns are actually semi-automatic. Since they are inexpensive and can be fired outside of shooting facilities, these are great weapons for beginners. They can even be owned in areas with strict gun control laws.