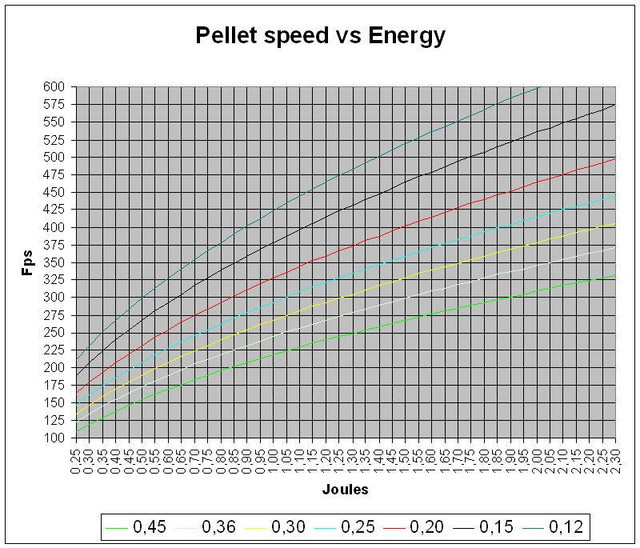 Beginners to airsoft and those who do not know much about airsoft equipment normally assume that the best guns are those that shoot at the most feet per second (FPS), but this is not always the truth. Just because a gun is advertised to have a very high FPS doesn’t mean it is the best option due to various conditions including the area you live/play in, your specific field(s), and how hot your gun shoots. So before swooping up the gun with extraordinary FPS, there are some other things to consider.

The Gist of FPS

Feet per second is perhaps one of the most relevant measurements in the world of airsoft. It basically refers to how much gun power you have. Experts can determine just about how much FPS a gun has by just loading it with 0.20g BBs and watching the speed at which they emerge from the gun. Most indoor North American fields allow a maximum of 350 FPS, although some fields allow more whereas others allow even less. Outdoor limits typically range from around 450 to 550 FPS but most of these also implement a minimum engagement distance (MED), which are mainly in place for player safety.

The first thing you must consider when deciding on what gun to buy, of course, is what your intended use is. Gun choice will vary based on whether you plan on using it for close-quarters battle or outdoor battle. Be sure to do your research on which is better for either setting.

One item to note is that depending on where you live, you may encounter a problem at customs clearance when ordering a gun. Various countries have thorough, set laws regarding airsoft guns whereas other countries do not. Some countries have different rules and regulations when it comes to what Airsoft guns are considered controlled firearms instead, so be sure to look into your country’s laws before making an expensive purchase that you may end up having to forfeit. For example, customs in the country of India will confiscate any item resembling a firearm and it will not be allowed through.

As with most things, various cities and states within the United States have their own rules and regulations on airsoft. Other countries like Canada have strict import laws yet they are different from usage laws. Normally, airsoft guns made within a specific country were made to abide by that country’s laws and restrictions.

The Gist of Joules

Every player goes into an airsoft battle with the goal of winning, so knowing tips and tricks that will make that happen is critical. Even though airsoft novices assume that they can lower their FPS by using heavier BBs, this is not the case especially in outdoor fields where wind and air resistance can alter the energy, direction, and speed of the projectile. Therefore, another term frequently heard in discussions about airsoft guns is ’joules’. If you’ve ever taken some sort of physics or chemistry course, a joule is a derived unit of energy calculated using force and energy measurements. For purposes of airsoft, joules refers to the amount of energy needed to propel a certain weight of BB.

The game of airsoft has undoubtedly evolved in the past few decades and most players now have much more knowledge about FPS, joules, BBs, and so on than they did back in the past (e.g. People mainly just used 0.20g BBs in the 90’s, but now there are better options for certain fields). Players now know that FPS isn't necessarily the measure of how ’hot’ one’s gun is; instead, that measure depends on the force, which relies on the joules.

Most, if not all, airsoft fields now feature a chart that tells players the Joule measurement calculated using the specific FPS and BB weight. Below is a very basic one that might be found.

This is pretty easy to understand, but if you have a gas-powered airsoft gun, that adds to the complexity.

Although ’joule creep’ sounds like some sort of monster in an airsoft horror flick, it is actually a potentially dangerous phenomenon that can happen with gas-powered guns. As the name implies, these guns use large spurts of compressed air to propel BBs out. This is in stark contrast to the typical Electric Airsoft Gun (AEG), which propels BBs using an air piston run by a motor. The compressed air generally creates more force, shooting the BB out harder than an AEG would. This is especially true for heavier BBs because they will spend more time going through the barrel of the gas-powered gun and will therefore be expelled with more force.

Ultimately, joule creep can increase the amount of force given by a specific BB even without altering things like the spring, HPA, or anything else. Players who experience this phenomenon may be reprimanded by referees if it is determined that their guns are shooting BBs at a higher joule level than they thought and/or that the chart outlined above indicates it should be.

Overall, when you are about to buy an airsoft gun, you’ll have several different factors to consider. Firstly, check the laws in the area you’ll be playing to make sure the gun you buy is within the set guidelines for that location. FPS and joule measurements are also extremely important to your airsoft performance, so be sure to refer to the chart above when deciding which weight of BBs you want to use and consider the possibility of joule creep if you are buying a gas-powered gun.