Airsoft Revolvers – How Do They Work?

Airsoft Revolvers – How Do They Work? 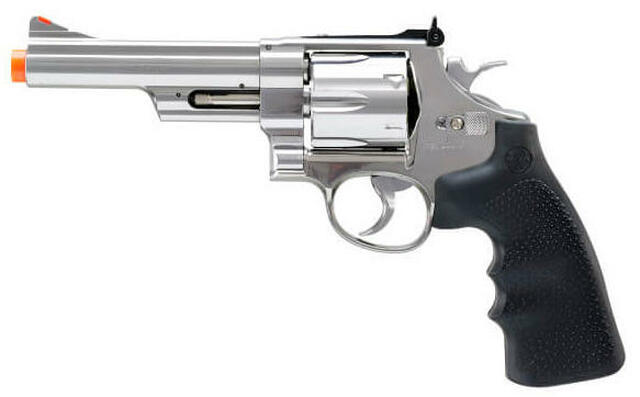 Due to their practicality, automatic pistols are carried by many airsoft fans as their preferred sidearm. However, there have always been operators who want to challenge themselves or wield something different. Therefore, manufacturers have released airsoft revolvers for fans of non-traditional airsoft designs.

While it’s easy to pull a trigger, not everyone understands what goes on when you do so. But the mechanics of an airsoft revolver aren’t too different from automatic pistols. Read on to find out how these unique guns work.

What Is a Revolver? 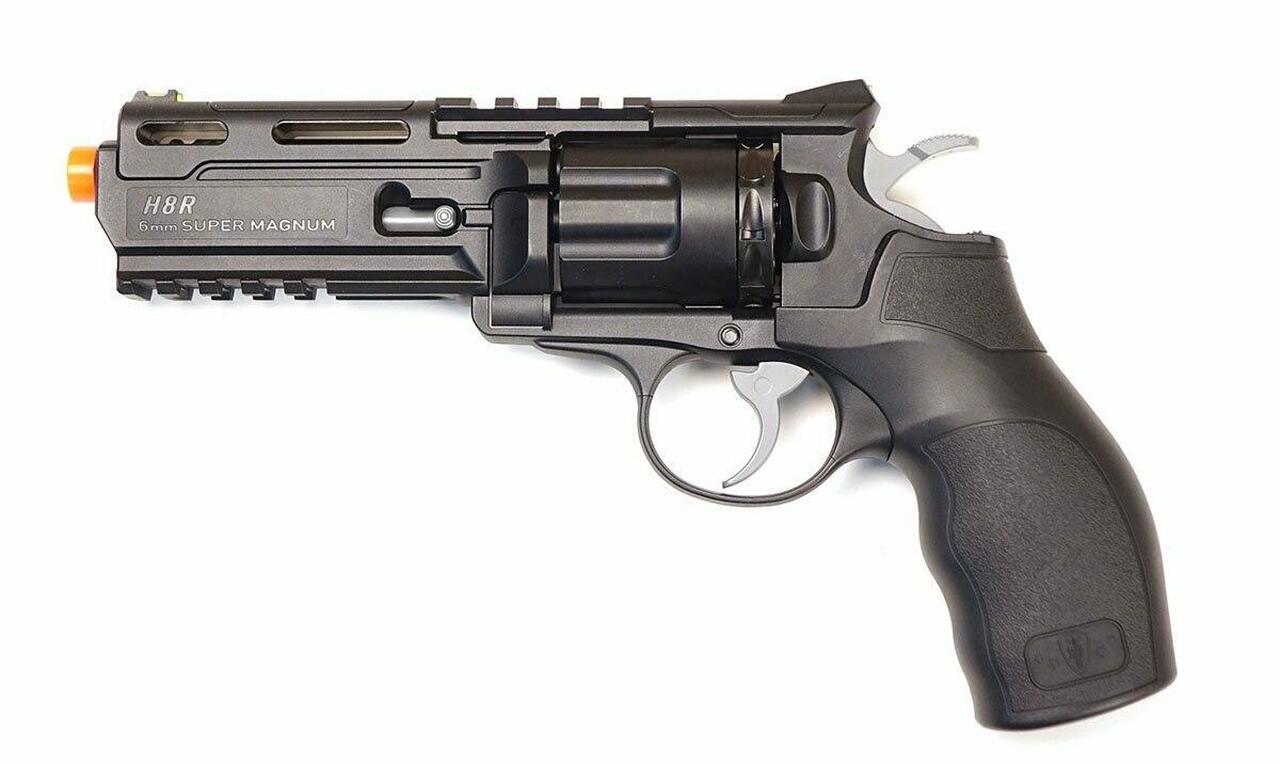 Whether you fire a black powder revolver or a modern Magnum, the basic mechanism hasn’t changed very much in the past 150 years or so. A revolver uses a hammer to ignite a primer, which explodes and produces sparks. These sparks will burn the gunpowder, resulting in a loud gunshot and the projectile leaving the barrel.

You need to either cock the hammer or pull the trigger to fire, depending on the weapon’s action. Either action will force the cylinder to move, presenting a fresh cartridge or chamber for the next shot.

Single action revolvers require manual cocking for each shot. Double-action guns can be used like single-action revolvers, but you can pull the trigger without cocking. However, doing so requires a harder pull.

These guns have around six chambers in the cylinder, but getting more shots is also possible. These models have become more popular in recent years. 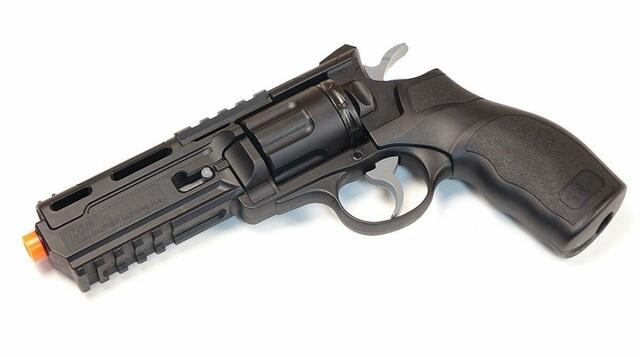 Today, most airsoft revolvers are double-action weapons, but they may not have the exact mechanism. Instead of using gunpowder, these replicas use either a battery or gas to propel BBs from the chamber. Either operating system works fine in war games, but there are reasons you might prefer one over the other.

These guns fire 6mm BBs like all modern airsoft guns, but they’re contained in a replica cartridge that resembles the ones you’d find at a firing range. These cartridges hold the BBs in place and have holes where the primer is supposed to be. Compressed gas will quickly force the projectile out of the chamber and barrel.

These weapons have a battery compartment in the pistol grip, where the motor is also located. Therefore, after a certain number of shots, you must replace or recharge the batteries for more shooting time. These are the least realistic in terms of mechanism, though the guns’ exterior resembles real firearms.

When you pull the trigger, the bolt is pulled back and compressed against the mainspring. Between the bolt and chamber, there’s some empty space for air. This air is the gun’s propellant.

As your finger pulls the trigger all the way back, the bolt is released. The compressed spring launches the bolt forward, allowing it to travel and force the air out. This burst of air will push the BB out of the cartridge.

The advantage of these revolvers is that temperature won’t be a concern during war games. Gas revolvers can malfunction or underperform in colder weather.

Replacing a battery is also convenient, as you don’t need to buy too many extras. One in the grip and another on your person should be enough for a whole day of shooting. A rechargeable battery also costs less than several CO2 cartridges in the long run.

While lower temperatures aren’t the best in cold weather, they’re still the best airsoft revolvers available. These are more common and accessible, besides being more realistic than a spring or battery revolver. They do generate more recoil, but it’s still manageable by beginners.

Gas revolvers contain a CO2 or green gas cartridge in the pistol grip instead of a motor. Therefore, the gun will release a small amount of gas as the propellant, eliminating the need for mainsprings. However, gas is quite limited and must be refilled more frequently.

The revolver will turn the cylinder and present a cartridge to the hammer when you pull a trigger. However, this action opens the gas cartridge’s valve instead of striking something. This action will allow compressed gas to flow out quickly.

The gas then travels into the chamber and pushes the BB out of the gun. The action resembles an actual firearm as a result, down to puffs of white smoke leaking from the barrel and chamber.

Depending on the model, your gun will fire CO2 or green gas. Either option works well, but CO2 tends to remain in a gaseous state in colder temperatures, whereas green gas will condensate in the cartridge. In liquid form, it won’t be a suitable propellant.

CO2 guns have higher muzzle velocities due to more pressure, while green gas is weaker but more affordable. The latter cartridges have silicone oil in them, making regular cleaning necessary.

For a more extended shooting session or during war games, you’ll need to bring along extra cartridges. They’re not very heavy or oversized, but you still need to spend some time refilling your weapon. Therefore, additional maintenance is a side effect of using these cool handguns. 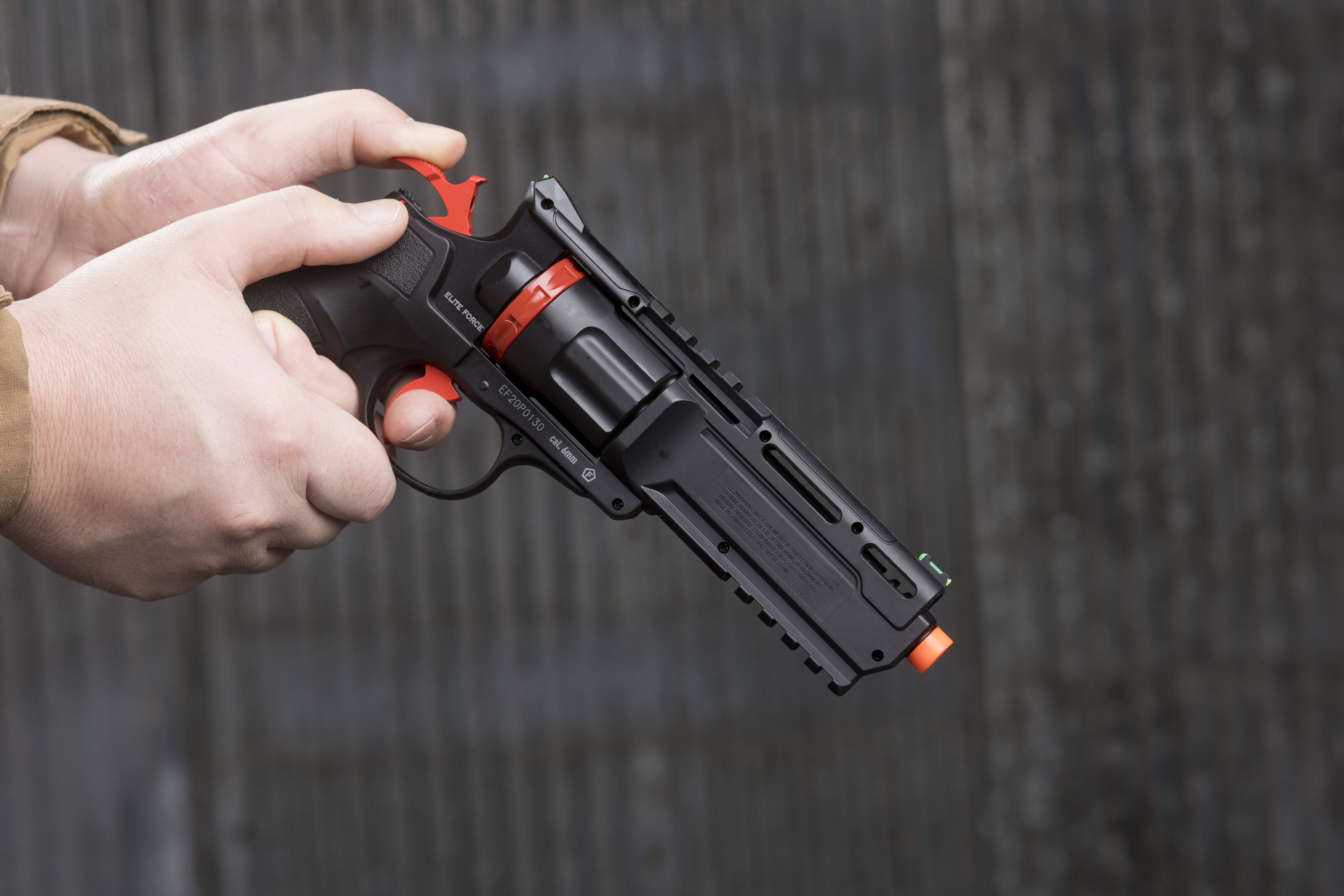 The word “good’ is subjective, but these weapons can be high-quality pieces. You can easily use them for cosplay or as a prop. However, many people are more concerned with tactical usage.

Almost everyone will go to war on the modern battlefield carrying a design that has its origins dating back several decades at most. But because the design of revolvers isn’t that new, you’ll rarely see them in war games. Instead, almost everyone has a holstered automatic pistol.

These pistols have at least three times the ammunition in an easily replaced magazine. You can reload them within a second, while revolvers take a longer reload time and only have around six shots.

In short, using the airsoft revolver is at best a challenge, as the limited capacity and slow reload times leave you at a severe disadvantage.

The only scenario where these problems go away is in special matches where everyone is armed with one. In these cases, everyone is using the same gun, so you’ll find it better for your survival.

Between batteries, CO2, or green gas, pick the one you prefer the most. Gas-operated guns are superior, but not by much.

Gas revolvers will kick more than a battery-operated one. While the kick is not at the level of a firearm, you should still practice more with the replica for the best results. You still have to account for the recoil of the gasses escaping a compressed cartridge or space. 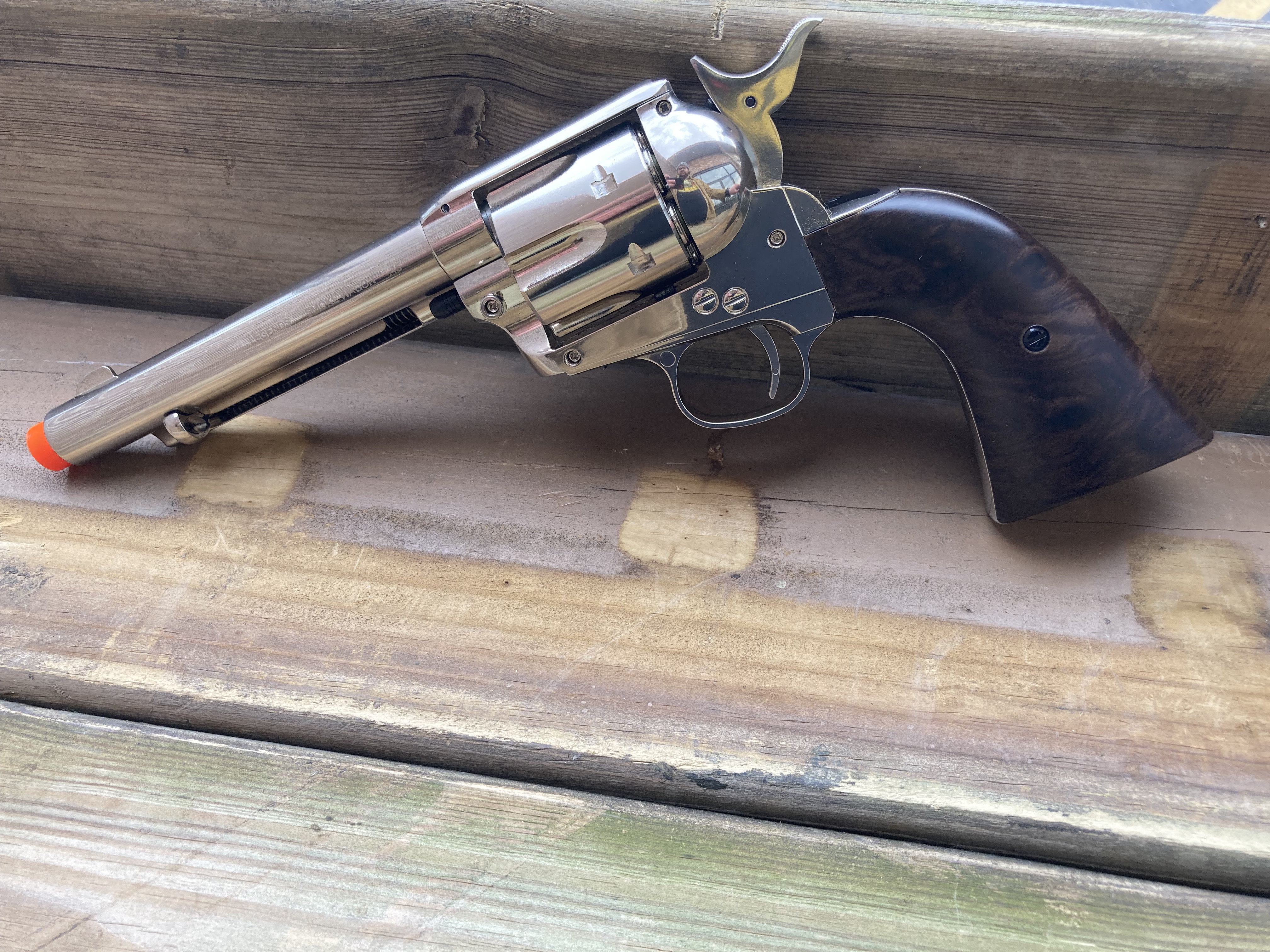 Even though airsoft revolvers are less effective in modern warfare, that doesn’t mean we deny their stylish appearances. They’re always a conversation starter at the airsoft venue when you bring it out of the carrying case. If you can manage to make the revolver work for you, you’ll have a powerful primary weapon on hand.