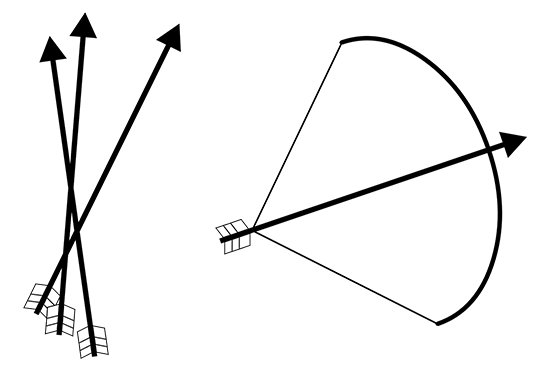 Bows and arrows are one of the most common weapons in video games. Sometimes they are even the center of the plot. These weapons range from period-accurate recurves to creative futuristic bows. It is difficult to put these in order from best to worst because the amount of variety makes ranking these bows like comparing apples to oranges. However, here is a list of some of the best bows to make an appearance in video games, separated by category.

The Sacred Bow that Pit uses in Kid Icarus takes the top spot in the best bows used in pixel video games. The Sacred bow is a step up from his short-range bow and lets him shoot faster and farther. Even better, Pit has an unlimited supply of arrows, and he can deal extra damage by using his fire arrows. For the first two games, the Sacred Bow is Pit’s primary weapon.

The crossbow from BioShock is the top-ranked video game crossbow, and possibly the best weapon in BioShock. It deals more damage than many of the weapons in the game, with the power to kill a Splicer with one hit no matter what the difficulty setting is as long as it is a headshot. Also, since it includes several different types of ammo, it’s a versatile weapon, effective at close and long-range.

The Kafka from Bayonetta Two has some stiff competition, but still takes the top position on the list of magical bows. The Kafka got its name from Franz Kafka, the author of Metamorphosis. Metamorphosis is a novella about a man who, without warning or explanation, is transformed into a man-sized bug and is forced to try to go about his life as normal. If this sounds familiar, it is because n the game, the Kafka was created by a man who transformed into a bug and then lived inside the weapon, which is what allows it to fire venomous bugs. Fittingly, the bow sports dragonfly aesthetics and fires poisonous arrows. It can beat demonic arrows, crossbow snipers, and blessed weapons. Not only that, but the Kafka is capable of performing and Umbran Climax, a move in which it fires huge dragonfly monsters, one of the coolest weapon abilities in any fantasy game.

If it were possible to rank all video game bows in sequential order, The auto-loading compound Predator Bow From Crysis Three would definitely be near the top. The high ranking is partially because of the number of options this bow has. It includes three different draw weights that players can use at will, and four types of arrows to choose from. There are carbon impact, electric shock, airburst fragmentation, and super-thermite arrows. It even has its own weapon slot in single-player mode. Not only that, but you can fire the bow while cloaked, which can be done with no other weapon.

The Most Realistic Bow

Since the multiplayer wave shooter game QuiVr was specifically designed to be an accurate virtual reality archery video game, it makes sense that the bow from QuiVr would be the most accurate. This bow is capable of destroying several waves of enemies but still uses physics to make firing the bow feel as close to the actual experience as possible. This bow is the perfect combination of accuracy and devastating power.

The Most Complicated Bow

Probably Archery has received mixed reviews. Some find it realistic and enjoy the depth of the controls. Others find the complicated controls irritating and playing the game nearly impossible. Depending on who you are, this could be the best or worst bow in gaming history.

The free total conversation mod for Half-Life Two has a medieval setting and centered on a war between two orders. The mod was popular enough that the creators behind Half-Life eventually released an independent game based on the mod called Age of Chivalry: Medieval Warfare. The entire game is focused largely on archery, and players can choose to fight with a longbow or a crossbow. In addition to the options, the archery gameplay has a realistic feel to it, making it extra fun for gamers looking for authenticity.

Video games have featured a wide range of bows over the years, from accurate recurves to massively powerful crossbows. There are options for bow and arrow fans, archery experts, and any gamer that puts a high priority on games with cool weapons. There is something for everyone. Featured image credit: anarosadebastiani/ Pixabay